Storm Thorgerson has a free exhibition of his artwork running at the Idea Generation Gallery (no, me neither) until 2nd May 2010. The BBC have this neat audio slideshow showing some of his work and it got me thinking about my favourite Thorgerson album covers. It's hard to ignore his work for Floyd so this week there's two top fives for the price of one. Well more like one and a half but it was impossible for me not to complete my top five Pink Floyd covers as well.

1. Pink Floyd "Animals" (1977) - Whilst "Atom Heart Mother" and "Dark Side of the Moon" are probably the most iconic covers Storm produced there's something special about this picture of Battersea Power Station. I think it was an image familiar to me due to trips to London on the train. The flying pig adds a sense of the surreal despite being quite small. The story that the inflatable they used broke free and caused air traffic chaos before eventually coming down in a Kent farm makes it all the better. 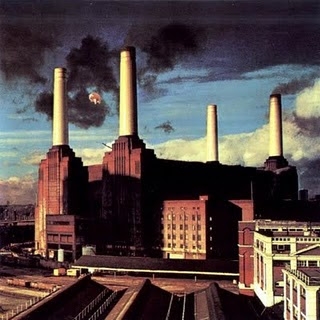 2. Peter Gabriel - "Peter Gabriel" (1977) - I love this photo of a Lancia Flavia, supposedly Storm's own. Really sharp picture that contrasts with the blurred vision of Peter Gabriel apparently slumped in the passenger seat. Taken in black and white and then hand coloured by Richard Manning. Manning, a freelance artist who was working for Hipgnosis, also hand scrapped the highlights for each raindrop with a scalpel. Dedication. 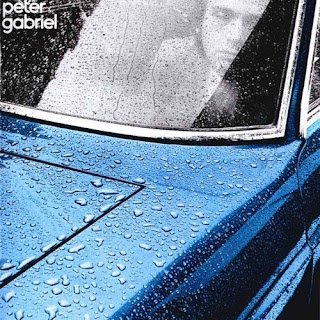 3. Pink Floyd "Wish You Were Here" (1975) - As with much of Thorgerson's best work it's simple but effective. The man on fire was actually on fire when the photo was taken. Wearing an aspestos suit and wig and covered in lighter fluid. 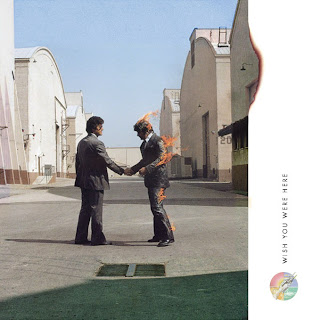 4. Muse "Absolution" (2003) - I really don't like Muse very much at all but this album cover was enough to make me stop and reconsider for a moment. In the end I concured that I was right, Muse remain crap but still, great cover. 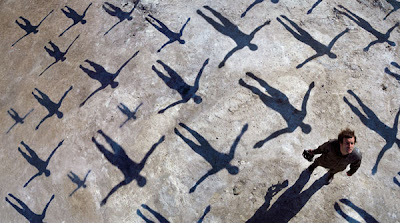 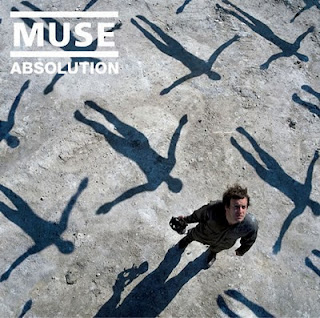 5. The Cranberries "Wake Up and Smell The Coffee" (2001) - I've not even heard this album. By the time it came out The Cranberries were well off my radar. I love the cover though, it's reminiscent of an early Thorgersen cover ("Elegy" by The Nice) but I think it works better. I also like the fact that Storm appears to have considered the band's name and decided he'd just do a cover with a bunch of giant cranberries on it. 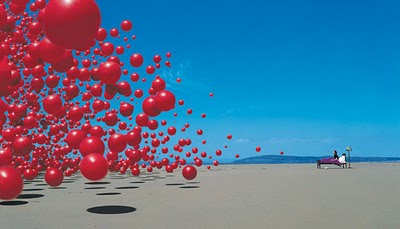 And then the rest of my favourite Pink Floyd covers.

3. Pink Floyd "Umma Gumma" (1969) - The album, bar a few moments of genius, is absolutely awful but I love the picture within a picture cover. A concept Storm used again for Floyd's "Echoes" best of set. 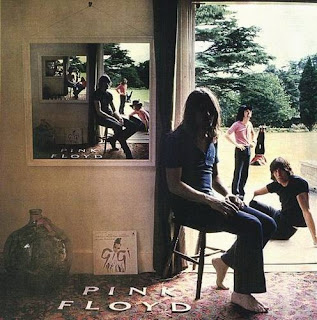 4. Pink Floyd "The Dark Side Of The Moon" (1973) - Familiarity probably breeds contempt. This must have been a spectacularly inovative idea when it was first released, but is so familiar to me now I probably don't give it the status it deserves. I can remember a teacher at junior school (I guess I'd have been about 10) showing us this and the cover to "Animals" as examples of great commercial art. I can't remember what we were then supposed to go and do, though oddly I think it had something to do with papier mache. 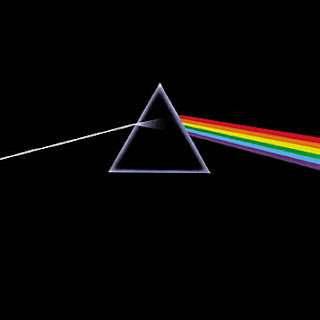 5. Pink Floyd "Saucerful of Secrets" (1968) - Quite different from the other covers. At first it seems a bit of a mess but the more you look at it the more you find. It's possibly the definition of a 60's psychedelic cover. 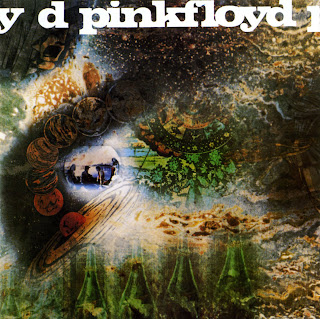 Not everything Storm produced was brilliant though. His work for The Scorpions made both my lists of bad album covers here and here.
Posted by Chopper at Friday, April 09, 2010

Storm knows his craft ,he is truly brilliant.

Been looking at this post after the sad news of Storms passing on 18th April 2013.

Scratching my head now as to how The Cranberries made my top five and none of his Led Zep covers did. Must have had a blank moment.

I think if I did this now Physical Graffiti would definitely make the list.