I'm sure you'll all be aware of Gideon Coe and his excellent radio show on BBC 6music. By luck I happened to notice Gid tweet his five favourite Asterix reads and asked if he'd mind me reproducing it here. Gideon is a gent and was very obliging. If you haven't listened to his show before you should. It's on between 9pm and 12pm Monday to Friday and also available via the BBC iPlayer, you won't regret it.

The Adventures of Asterix are a series of French comic books written by René Goscinny and illustrated by Albert Uderzo. The series first appeared in the French magazine Pilote and have subsequently resulted in a series of thirty four books. The series follows the exploits of a village of indomitable Gauls who resist the Roman occupation thanks to a magic potion that gives them super strength, brewed by their druid Getafix. I loved reading these as a kid and much preferred them to the Tin Tin stories. Asterix was a real hero, a warrior who was the best fighter in the village but also very smart. His best friend Obelix, who had permanent super strength having fallen in the cauldron as a child, was less clever but loyal. For me they represented the victory of the small people over the big and mighty. 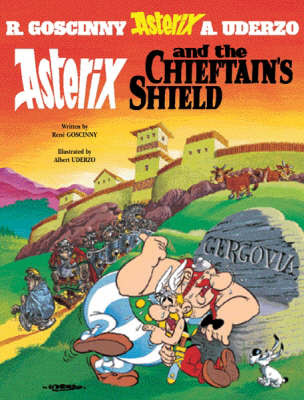 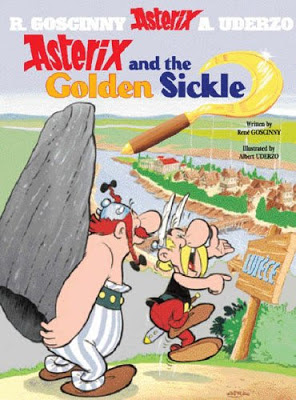 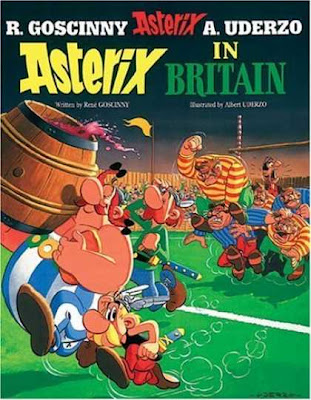 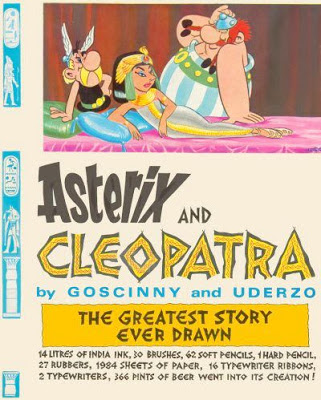 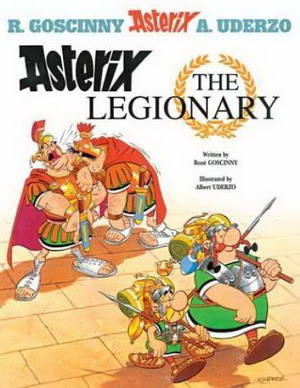 Superb top five mate! I loved the Asterix books, and in fact, still do!!

Me too, though I couldn't remember the titles I'd read. Was really pleased Gideon let me reproduce this.