This post has been in collaboration with Daniel Smith. I know very little about Daniel other than that he is a big James Bond fan with a passing interest in poker. A man of mystery then which seems rather appropriate considering his subject choice.

Every James Bond film has a primary villain that Bond must face off against and in many cases risk his life in order to defeat. While all have been formidable in their own way, there are some that have stood above the rest of 50 years of Bond films. Today we give the top 5 villains in James Bond film history. 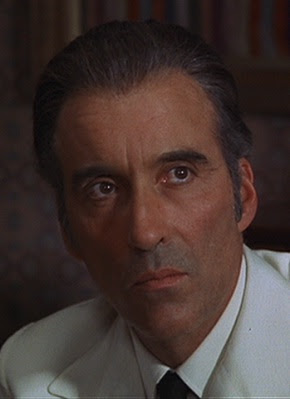 Christopher Lee has made a career at playing the bad guy and his portrayal of Fransisco Scaramanga in The Man with the Golden Gun was no exception. Critics and fans of Ian Fleming's books both agree that Lee's character was the spitting image of the character in the original book. 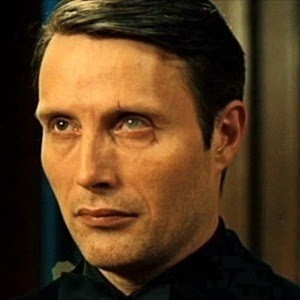 The character of Le Chiffre was one of the major highlights of the 2008 remake of Casino Royale. His torture of Bond during the film really put him over the top. A little known fact about Mads Mikkelsen is that he is actually really good at poker in real life. 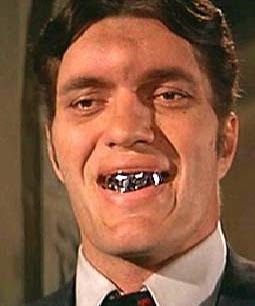 Jaws is bigger than life, and we mean that literally. He is one of the most beloved and most well known of all Bond villains and wound up appearing in both The Spy who Loved Me and Moonraker. In addition, he has been used in many James Bond video games as a playable character. 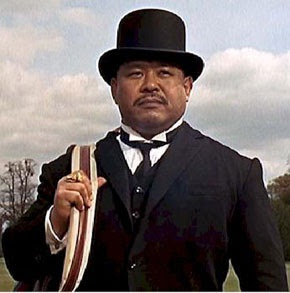 Harold Sakata played the strong but silent assassin for Goldfinger and has a steel rim bowler that can be used to cut the heads off statues and people. This alone makes him one of the cooler villains of the series, and he never spoke a word. 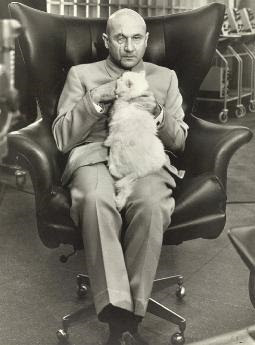 Appearing in four movies, the most of any Bond villain, the leader of SPECTRE is easily the greatest amongst Bond villains. He also is prominently featured in many of Ian Fleming's books. He is the equivalent of Moriarty, but much cooler.
Posted by Chopper at Friday, December 07, 2012

Ooh ooh ooh! Debate time! I would have personally gone for Auric Goldfinger instead of Oddjob. Goldfinger had a great plan, he too was extremely true to the original character in the book, and he gets to utter the immortal line:

Superbly played by Gert Frobe, even though he couldn't speak a word of English!

Also Rosa Klebb in From Russia With Love, I was properly scared of her. The shoes!