I think last week might be the first Friday I've not supplied a top five all year. Not that it really matters to anyone else but me, but it has provided me with something to write about this week. Perhaps more a diary entry than a top five but hey, it's better than nothing, right?

1. Work, Work, Work - It only happens once or twice a year but I've had a couple of weeks of long days and weekend working. This has mainly consisted of a team of contractors arriving to wreck havoc on my previously working system while I try and keep track of everything they do. In the past I have enjoyed the extra pressure, but this time I've felt a bit useless. Uninvolved, frustrated and under appreciated. These are all signs I've been in this job too long. Typically for me I'm finally considering a change of direction when I'm over 40 and there's a massive recession on. Great timing. 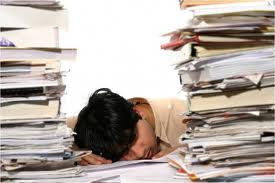 2. George's 8th Birthday - After nine consecutive crappy days at work my youngest celebrated his 8th birthday on Tuesday. This came as something of a relief and I left work early for a change. A family outing to see "Johnny English Reborn" with a meal after-wards at Pizza Hut. We don't do this enough and it was great fun. The film was just about perfect for my frame of mind amusing but untaxing. Pizza Hut may only be a small step up from McD's but the boys enjoyed the food (especially the ice-cream factory) and Mrs Top 5 and I enjoyed the chance to sit and talk for the first time in ages.

3. Beer - Back to work the next day, then straight out for a few beers after with the install team. We'd hoped to go to the Twickenham Beer Festival on Saturday night but had abandoned this as that day went slowly pear-shaped. This was an opportunity to show the install team a bit of British culture and we visited a few of my favourite pubs in the world, followed by a very nice meal at a Thai restaurant up the hill (my waist line dramatically increasing as the week wore on). 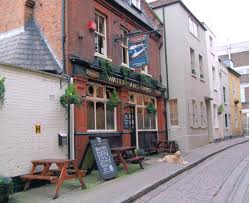 4. Football - I was really struggling by Thursday evening. Candle burnt at both ends. Wislaw Krakow were in town for the 4th of Fulham's Europa League group matches. A pub meal and a visit to another of my favourite pubs livened me up a little and we headed down towards the Cottage fashionably late. The accents we heard as we strolled through Bishop's Park suggested that there were a lot of resident Poles taking the opportunity to see their team in London, but we were still surprised by the large numbers of riot police dotted around the stadium. More police than I think I can ever remember. The reason for this became clear when we entered the ground and could see that Krakow fans had not only filled the small official section of the Johnny Haynes stand but also most of the Putney End. They made a lot of noise all game, several hundred were in home areas and these were eventually relocated to the far end. The official section let a smoke bomb off halfway through the first half. For a minute we thought the stand was on fire. It was, at times, a bit intimidating but it definitely sparked the game into life. The players and home fans responded and an entertaining 4-1 win for Fulham didn't feel comfortable until the 4th goal went in with 10 minutes to go.


5. Music - Finally Friday arrived and I literally had to drag myself out to a gig that I'd booked long before I knew what sort of a week this was going to be. Had it been any other band I may well have stayed home, but this was to be Dananananaykroyd's last ever gig in London. They've been just about the best live band I've seen in the last five years and I needed to say goodbye. They didn't disappoint, I didn't get as involved as I might have done, but a last opportunity to join in with the mass hug that is the "wall of cuddles" saw me collect two unsuspecting punters and dive into the middle of the throng. Fun times.

I think the inane posts are the best

I think you may be right. I may well make it a new year resolution.

That sounds an excellent idea, I have a new project planned for next year. Not 100% sure I'm really up for it yet though.

How many war films left?

i only have about 7 or 8 to watch. it's the blogging i'm behind on!