I got into a discussion on Twitter several weeks ago about Dennis Waterman sung theme tunes. Waterman's propensity to sing the theme tunes of shows he was in was one of the better regular sketches on Little Britain. I still have to suppress the urge not to chuckle every time I see the opening titles of New Tricks (one of the few programmes that Mrs Top Five and I both enjoy - a worrying sign that maybe we're getting on a bit now).

Anyway, I began to wonder if Dennis had recorded more that five theme tunes. If he had that would be far too good an opportunity to miss I felt. Well, it turns out ... he did four. This is disappointing for someone looking to base a top five on the subject. However, I didn't get to publish a top five a week every Friday without having one or two tricks* up my sleeve so without further ado ...

* This is another way of saying I cheat occasionally.

Thanks to www.Minder.org for some of the details.

1. Minder – Classic 80s comedy about the dodgy dealings of Arthur Daley and his put upon bodyguard for hire. Minder ran from 1979 until 1994 (though Waterman left in 1989). This has to be Dennis' magnum opus. Clearly it was a formula television producers were keen to reuse. 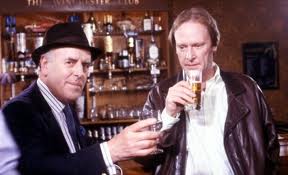 2. New Tricks – Ridiculously catchy theme to the BBC comedy drama about an eccentric group of ex-policemen brought together to solve unsolved crimes. Currently up to 8 series and still going strong. 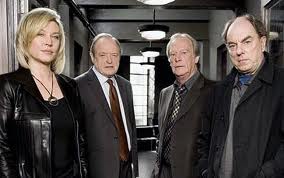 3. Stay Lucky – Comedy drama about a small-time gangster Thomas Gynn on the run from London who discovers a new life up North in Yorkshire. Meeting widowed, self sufficient businesswoman Sally Hardcastle after her car breaks down on the motorway. Amazingly this ran for 4 series.

The embedded video takes some two and a half minutes to get to the theme tune so if you'd rather cut to the chase this link should start you at the beginning. 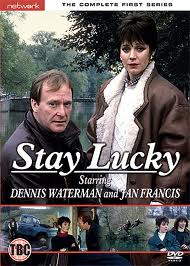 4. On The Up – Short lived sitcom in which Waterman plays Tony Carpenter, a self-made millionaire who turned his South London minicab firm into a successful chauffeur-driven car service. It also featured Sam Kelly as Tony's long-term friend and personal chauffeur and Joan Sims as his cook Mrs Wembley. 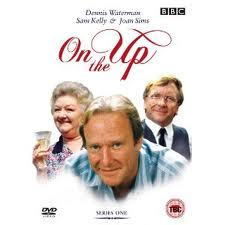 I couldn't find a video of this one so here's that Little Britain sketch instead;


5. What We Gonna Get 'er Indoors – In 1983, Dennis Waterman & George Cole capitalised on Minder's success with a Christmas single. Both sides were sung in the characters of Terry McCann and Arthur Daley. Not really a theme tune then but surely worth including to ensure I didn't have to consign this topic to the list of abandoned Top Fives that lurks in the darkest corners of my shed. 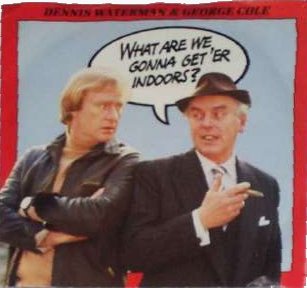 Minder.org explains that the record reached number 21, and spent a total of 5 weeks on the UK pop chart. They also provide this link to an mp3 of the a-side (I'm sure you'll want your own copy).

Here's a link to What We Gonna Get 'er Indoors on YouTube and the video below is the b-side "Quids & Quavers".

Got addicted to New Tricks and recognized that Dennis Waterman played a lovable, woman loving older cop and was the voice of the theme song; I just had to see if he had other music out and ran across this blog. Thanks it was very informative and the song at the end cracked me up.

Thanks for the comment, always pleased if I'd made someone chuckle.

I knew it was Dennis singing that theme song! Very appropriate! Love this show😂

RIP Dennis Waterman. Currently watching New Tricks with my granddaughter. She totally adores him and dances everything the programme starts 😍