An odd year as far as my gig going was concerned. I had been trying to cut back a little, if not on the quantity of gigs I went to, certainly on the price I paid. This meant I saw an odd mixture of shows from cheap Indie shows at Banquet Records' New Slang in Kingston to a former Strawbs Guitarist playing a pub roughly 300 yards from my front door.

are undoubtedly the loudest band on the planet. Through a quirk of unusual good luck I saw them live twice last year for free. First I won a competition for tickets to their Concorde 2 show in Brighton (which strictly speaking was my 2nd favourite show of the year but I decided to give someone else a chance) then my mate won tickets for this Glenfiddich sponsored “MOJO Honours Award” show at the historic, and still wonderful, 100 Club in Oxford Street. A few pre-gig beers helped get us in the mood, a bunch of old punks going mental down the front added to the ambience and the JJR powered their way through a cracking set of tunes from their first two albums. Afterwards there was time for a late night drink and a bit of Jazz at the Alley Cat club in Denmark Street before a dash to Waterloo, after some confusion caused by the closure of Tottenham Court Road tube station, arriving with minutes to spare before the last train going anywhere. A great night out. 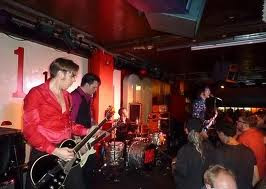 2. British Sea Power at The Wedgewood Rooms, Portsmouth (25th February 2011) – I’d seen BSP play the tiny Camden Barfly in January, a venue that has a track record, for me, of slightly disappointing shows by major artists. BSP had been OK that night, an album launch for Valhalla Dancehall

, but despite the intimate surroundings it was not the best gig I’ve seen BSP play. However, I love the Wedgewood Rooms, it’s a venue that seems to bring the best out of bands, so I felt a trip down the A3 was still worthwhile. The band did not disappoint and it turned out to be a brilliant night. Probably the best show I've seen from BSP. A lot of jumping up and down at the front, the band clearly enjoying themselves and a fantastic set list that didn't flag (other than for a few well needed pauses for breath). Best gig of the year in any other year. 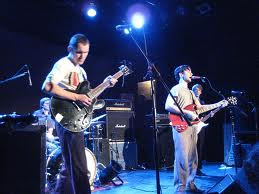 3. The Go! Team/Field Music/Dutch Uncles/Colourmusic at Koko (30th November 2011) – This was a celebration of Memphis Industries' 13th anniversary as an independent record label. I’d originally considered going to see The Go! Team in October at the Coronet. Rolling Blackouts

had been a terrific return to form and I had long been intrigued to see if they could reproduce their chaotic blend of influences in a live environment. Looking for tickets to the Coronet show I discovered the gig had been cancelled and this multi-band bill lined up instead. This was a bonus as one of the bands, Dutch Uncles, were one of my new favourites thanks to constant plays by Marc Riley on his 6Music radio show. They were second band up and their quirky prog inspired pop didn't disappoint live.

I had arrived early to find Colourmusic already on stage. I knew very little about them, but had seen a few Twitter based recommendations that convinced me I needed to get to Koko earlier than normal. From the top balcony I could tell they were loud and by the time I’d collected a pint and gone to stand down the front I genuinely feared for my ear drums. I’ve since picked up a copy of My ____ Is Pink

and it’s a brilliant album.

before but not been moved enough to investigate their records so they were the surprise of the night with a smashing set of tunes from their forthcoming album and extensive back catalogue. In fact I so enjoyed them that I went out and bought tickets for their headlining tour in February.

The Go! Team were an explosion of noise and colour. Like watching a manga cartoon spring to life in front of your eyes. They played a tight set of their best tunes from all three albums, Ninja keeping the crowd on their toes whilst the rest of the band swapped instruments and kept things interesting on stage. This was a fine night which enabled me to see four bands with very different sounds at the top of their game. I hope I’ll see all four again some time soon. 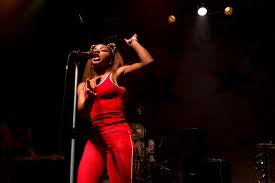 are one of my favourite live bands so I’d been disappointed when I saw them earlier in the year in Kingston and they hadn’t seemed on form. A poor turnout didn’t help, partly due to coinciding with University holidays, but I had a feeling that the new songs weren’t quite as good as the old ones and missed the double drummer set-up of their early shows. Despite that, I picked up tickets for this gig in the hope a bigger crowd would help restore my faith. A few weeks prior to the gig they announced the tour was going to be their last and they’d be splitting up afterwards. This made the show their last ever London gig and added a bit of excitement to proceedings. They did restore my faith, frenetic activity on stage, good crowd reaction and a final wall of cuddles. In “cool aging rocker mode” until that point, I couldn’t resist joining in and grabbed two unsuspecting whippersnappers as I dived into that final mass cuddle moment. Sweat & joy & loud music! 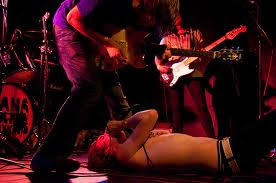 5. Feltstock in a Field in Feltham (Friday 10th June 2011) – Can you believe a rock festival at work? We’ve had regular summer music sporting events to coincide with our retired staff reunions for many years now but this was taking it to a new level; a proper stage, a second stage in the bar marquee and some 15 bands, with some link to work, playing live music. Unfortunately I have a habit of getting horribly drunk at these affairs and this year was no exception. Apart from being slightly embarrassing, as I find myself dancing like a loon on my own in front of the stage, it has also made my recollections of the music a little, shall we say “hazy”.

Missed the first couple of acts as I was down the pub with the Wolfmen but dragged myself away in time to catch long time favourites The Shed playing their usual fare of classic seventies rock but also managed to sneak in a song composed by their sublime lead guitarist Gary. JB & The Wolfmen eventually returned from the pub in time to scare the bejesus out of an unsuspecting audience with their blend of Garage Rock and Punk. My JJR ticket winning pal was on Bass and the band played a corking set including covers of Shot By Both Sides, Strychnine & Brand New Cadillac.

Phantoms Drummer Al was the driving force behind this event and his band took to the stage around 8:00. A point at which my memories were still largely intact. My friend & fellow Fulham F.C. sufferer Mark was on vocals & keyboards and they played a crowd pleasing show which included Parklife, I Predict A Riot and Chelsea Fulham Dagger. As the evening wore on my recollections begin to fade. The 17 piece Jazz band did make a mark and got everyone bopping with a bit of swing. Fused played a tight set of Rock & Pop and I vaguely remember dancing on down the front to The Beautiful Losers but after that it was a bus ride home and fade to black. 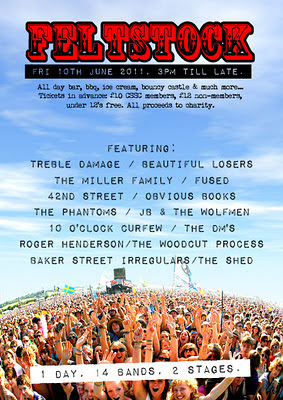