Settling in to life under lockdown now. We’ve all been trying to exercise regularly and have basically converted out dining room (which was always slightly overselling what that room really is) into a makeshift gym with various bits of borrowed equipment. Despite all that I’ve somehow managed to still put weight on.

We’ve been working from home, not ideal but we’re lucky to be able to, but also found time to start tidying the house & garage. The Easter weekend helped with that and I was quite proud of my efforts to break up the shelving unit that formerly housed the mouse I might have mentioned using only a junior hacksaw. Just need the tip to reopen now. 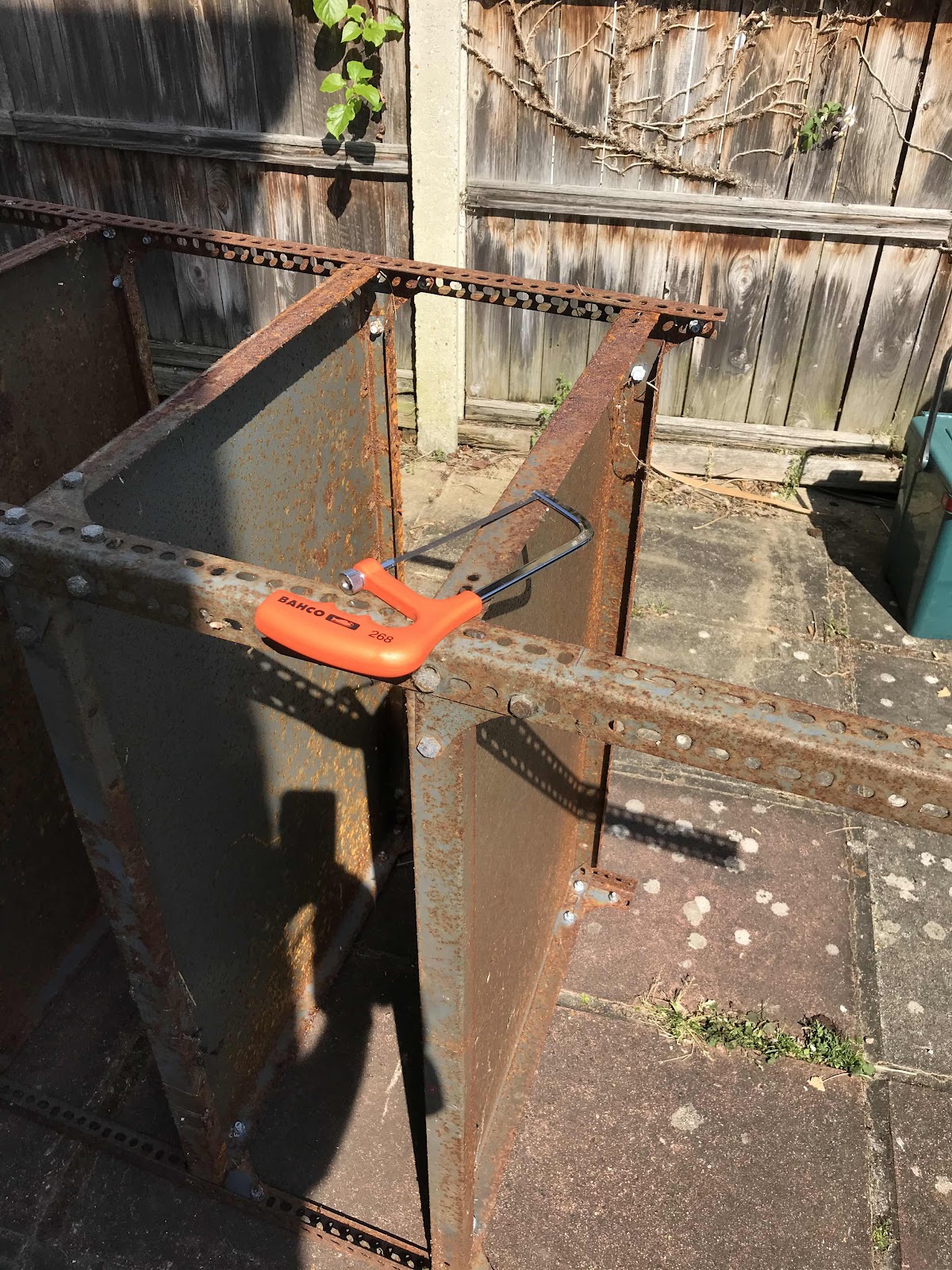 Dying To Believe - The Beths

Still listening to a lot of Ramones for reasons that will be obvious but this week I discovered how flipping great the Joey Ramone solo album is. It’s right up there with my favourite Ramones albums (though I should caveat that with the knowledge I have been largely listening to later Ramones LPs this week).

On the new release front I’ve been hammering the Seazoo sophomore album and also really fallen in love with the latest from Charmpit (Last.fm stopped working for me on Saturday so the stats below aren’t completely accurate). 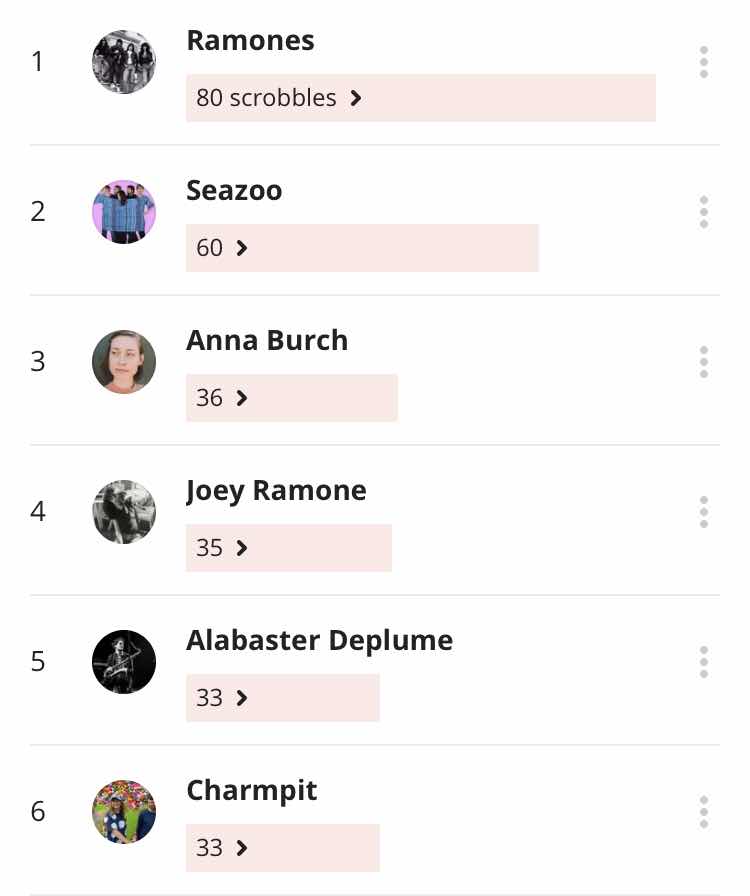 ‪Hey Ho, Let’s Go: The Story of the Ramones - Everett True: Definitely got my reading groove back now, finally finishing this, actually really excellent, biography of the Ramones. Everett’s love of the band comes through loud & clear but not to the detriment of telling their story.‬ There’s a lot of detail, especially early on, which probably contributed to my slow pace but it does a great job of explaining how the band survived so long and exploring the different perspectives of each member (though perhaps it is missing more detailed interviews with Johnny & Dee Dee). Renewed my love of the band and made me wish I’d managed to see them live. 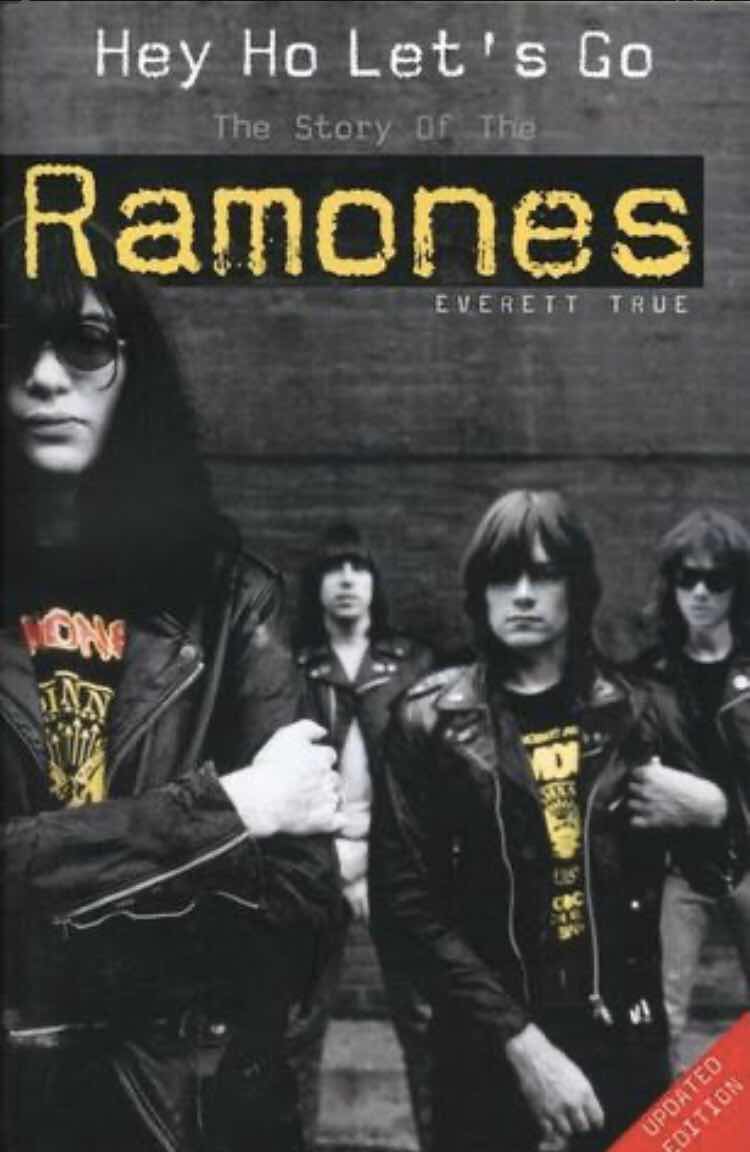 Not managed quite as much music practice as I hoped. Only one proper go on Bass this week but I did record a couple of ukulele videos partly to inspire the ukulele group I’m in charge of but also in response to a few requests from ex-school pals. I even learned a new Bob Dylan tune specially.

My big TV discovery has been Schitt’s Creek, which got a mention in my top 5 sitcoms thing on Twitter. It’s a great length for a quick watch and by episode 3 I was hooked. It’s wickedly funny and there are enough episodes to keep me going for ages.

I’ve also been catching up on podcasts. Listened to three episodes of Contraflow’s brilliant one hour playlists of new music. Contra’s music tastes are right up my street and every show has at least one new brilliant song I hadn’t heard before.

I also caught up with some of my pal Dan Whaley’s shows for Burgess Hill Radio. These are the closet thing to Mark Lamarr’s excellent BBC shows you’re likely to find and if that means anything to you I highly recommend them.