Chop’s Fives: Films of the 00s 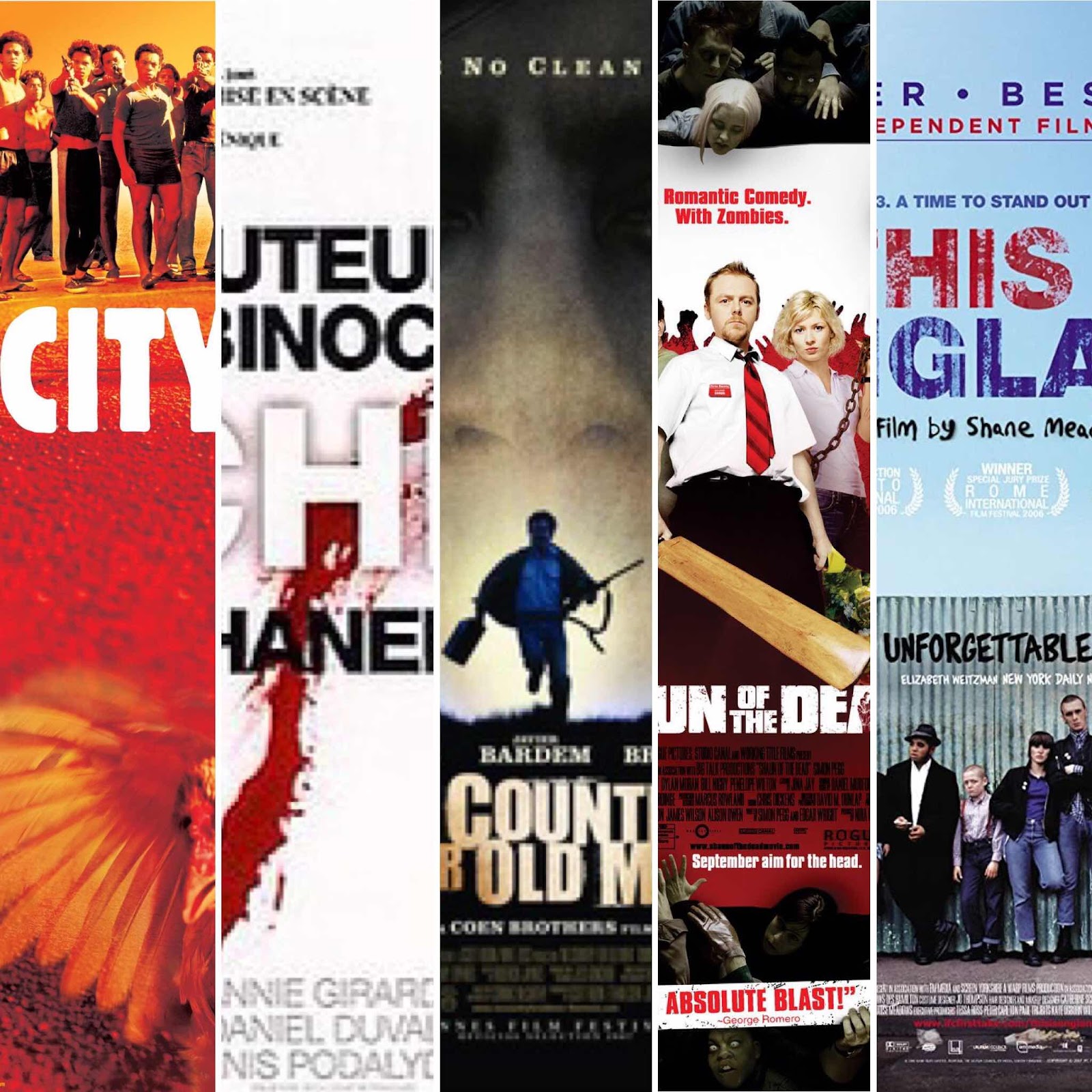 1. City of God (Meirelles/Lund) - A compelling exploration of drug crime in the suburbs of Rio de Janeiro. Many of the cast were residents of flavelas and that, along with the wonderful cinematography, created a very real feeling of tension throughout the story.
2. Hidden / Caché (Haneke) - The first Michael Haneke film I saw and a film that really struck a chord with me and invigorated my desire to see more art house movies. I love the subtlety of it, you’re never quite sure what’s going on and Haneke doesn’t spell much out.
3. No Country For Old Men (Coens) - A slightly darker feel for a Coens film but a fabulous retelling of the Cormac McCarthy novel. Tommy Lee Jones & Javier Bardem are both outstanding despite rarely being on screen together. Classy cinematography & some scenes that still stick in my memory many years later.
4. Shaun of the Dead (E Wright) - Bought this cheap on DVD from a pal who worked for the film company with no idea what to expect. It’s become one of the films I’ve watched most often and honestly gets better every time I see it (which is about once a month on itv2).
5. This Is England (Meadows) - Such a great cast & probably Shane Meadows best film. He has a naturalistic way of directing that allows the actors to really own & develop their characters.
Posted by Chopper at Wednesday, February 17, 2021