I needed a topic that was a little easier to manage this week and for some reason Daytime TV has been in my thoughts a lot more over the last few months. Can’t think why. 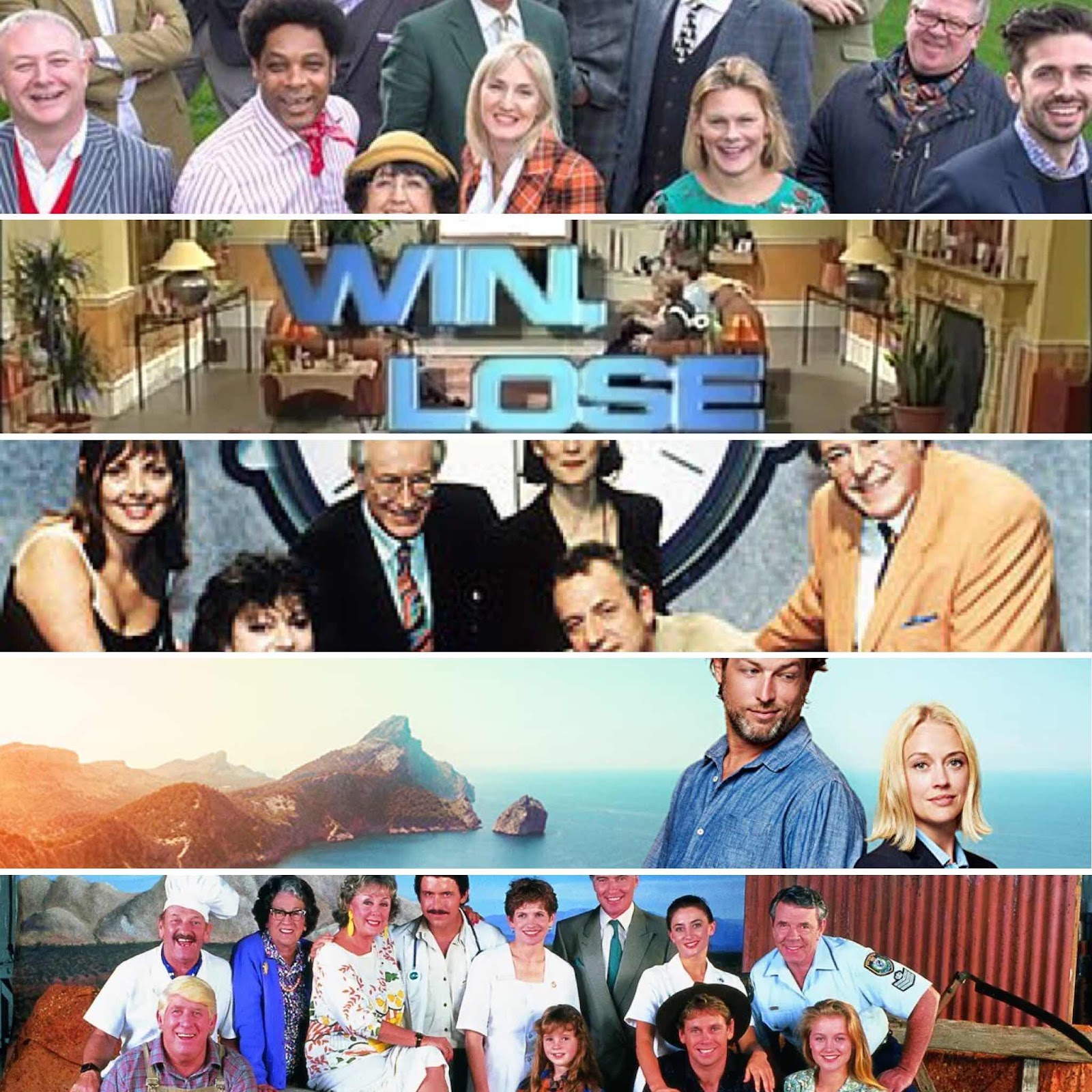 1. Bargain Hunt - Hands down my favourite daytime programme. It’s become part of our lockdown routine as we aim to have lunch when it’s on and have now set up a series link so it doesn’t matter if we’re late eating. The temptation is to try and have a go but I think we’ve seen enough episodes now to know we’d make a massive loss.
2. Win, Lose or Draw - Initially hosted by Danny Baker (who I have something of a love/hate relationship with) this was effectively Pictionary for telly and featured mixed teams of celebrities alongside members of the public. Danny was at his witty best so it was disappointing when Shane Ritchie took over and the show list some of its irreverence. Shane only lasted one series before being replaced by Bob Mills who became my favourite host.
3. Countdown - I’ve been watching this on and off since Channel 4 launched in 1982. I’m still embarrassingly awful at the word games (always figured I might improve with a pen & paper to hand but almost 40 years have gone and I’ve not made the effort) but I am slightly more successful with the numbers.
4. The Mallorca Files - This is a more recent discovery. It’s a little like Death in Paradise so feels like an evening programme with a slightly reduced budget. I love a murder mystery and this ticks all my boxes. It benefits from a sunny island setting, which was just what we needed in the depths of a lockdown winter, and has two very watchable leads.
5. A Country Practice - Long running Australian medical drama that initially seemed dreadful but won me over in an era when television options weren’t as plentiful as they are now. It had quite a large cast, who often dropped in an out but helped create a broad dramatic dynamic.
Posted by Chopper at Friday, February 26, 2021