My Sunday mornings have tended of late to take a pleasant yet predictable routine. Mrs Top5 gets up horribly early and heads out for a lengthy training session in preperation for the 26.2 mile MoonWalk in May. I eventually rouse myself and endeavour to get myself and the boys fed, showered and dressed before her return. Mrs Top5 has a brief stop to top up on fluids before taking the boys rowing leaving me to cook the roast and listen to Cerys Matthews on BBC 6music.

Cerys' show is a fabulous mix of music, poetry, recipes and chat. The perfect soundtrack to an easy Sunday morning. Last week the theme was trains and vibrophones. I didn't do too well on the vibrophone front but there are a lot of songs about trains. Inevitably I spent the week putting together a top five.

Here's a Spotify playlist with my full list of contenders

1. Locomotive Breath Jethro Tull - Tull at their early seventies peak. Locomotive Breath is ostensibly about someone mentally falling apart and the song features a driving rythm and Ian Anderson's trademark "breathy" flute to create the impression of a train wreck in progress. 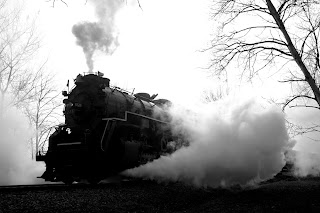 2. Train from Kansas City The Shangri-Las - Sixties "bad-girl" pop group from Queen's in New Yawk most famous for The Leader Of The Pack. This is a less well known b-side that I first heard performed by Neko Case live at the Wedgewood Rooms last year. 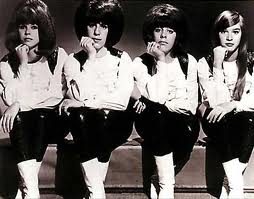 3. Downtown Train Tom Waits - Trying hard to think of a better way of describing Tom Waits other than "gravel voiced". Failing. You may recognise the lyrics more than the tune due to it being a fairly massive hit for Rod Stewart. A number of other artists have also done versions but this is the gravel voiced original. 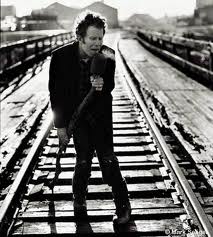 4. Late for the Train Buzzcocks - Closing track from the band's second album demonstrates the power of a good instrumental. It brilliantly conjures a vision of the dash to catch the last train. Not sure if this is an age thing but I'm finding I enjoy lyric-free music more and more. The next step may well be a subscription to Gramophone magazine and an emerging interest in the classics. 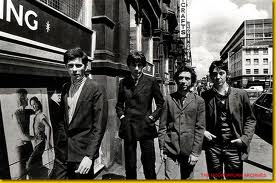 5. Slow Train Status Quo - It's rare I give in to my undying love of The Quo and let them feature in a top five. This may well be my favourite Quo song of all time. Certainly it would be a strong contender for my Desert Island Disks managing, as it does, to cram everything I love about Quo into one song. The trademark three chord riff, some grungy telecaster bursts from Parfitt, a twiddly bit from Rossi about half way through and a pogo-perfect time signature (with a couple of slow bits to get your breath back). 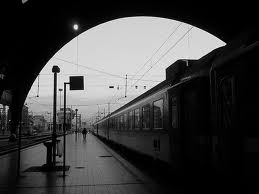 ... and from movie posters my mind inevitably wandered onto movie soundtracks. This top five came together quite quickly but I was slightly surprised to find it didn't include any John Barry, Ennio Morricone or Lalo Schaflin. That got me thinking about what I liked about these collections and I figured, for the most part, these are great song collections that work as albums on their own merit. However much I enjoy Barry, Morricone & Schaflin, I can't say I'd play a complete film score very often. Hence the title.

1. The Blues Brothers - Storming collection of blues and soul that ignited my interest in the era it originated from. The band, formed by some of the best session musicians from the glory days of Stax and MoTown, rip through these classic standards. Ackroyd & Belushi may not have the voices as good as the artists that recorded the originals but they're clearly having a lot of fun. 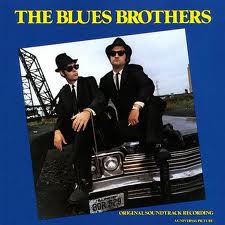 2. Pulp Fiction - A typically eclectic selection of tracks, compiled by my favourite director. Veering from the surf rock of Dick Dale's "Miserlou" to the perfect pop of Dusty Springfield's "Son of a Preacher Man" and interspersed with some brilliant Tarantino dialogue. Quentin can certainly pick a tune. 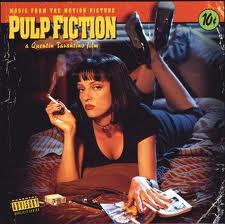 3. Paris, Texas - Slightly disproving my comment about "film scores" Ry Cooder's subtle and downbeat soundtrack to Wim Wender's movie of the same name is never the less a stunning piece of music. It's ingrained into the very fabric of the film to the extent that I cannot picture a scene from the film without hearing a haunting melody from the soundtrack. 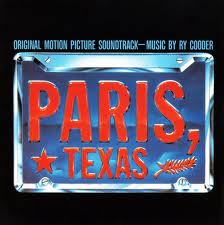 4. Footloose - Hmm. How to explain this to people that know my taste in music. I think both the film and soundtrack capture a moment in time that I remember very fondly. This would have been around the time I was taking my O-Levels. My tastes in music were expanding in all sorts of directions and the best known tracks were played on radio a lot while I was failing to revise. Still enjoy the way these songs can take me back in time. Let's hear it for the boy-oy-oy! 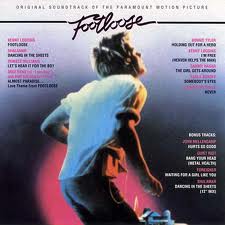 5. American Werewolf in London - Another fiddle if I'm honest. I haven't got this album and have struggled to even confirm what was on the original release. Elmer Bernstein composed an original score but it was the use of various moon referencing pop hits that makes it work. At least three versions of "Blue Moon", Van Morrison's "Moondance", Cat Steven's "Moonshadow" and best of all Creedance Clearwater Revival's "Bad Moon Rising". Would have been even better had they decided to include Warren Zevon's excellent "Werewolves of London". 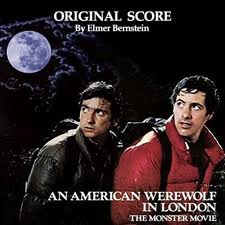 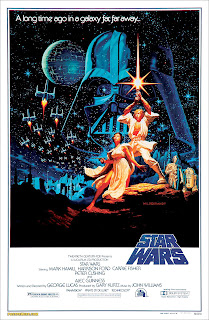 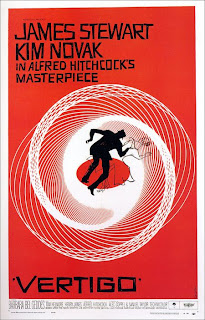 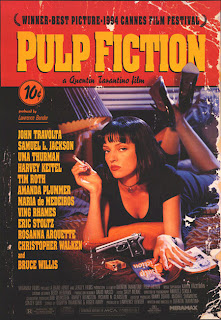 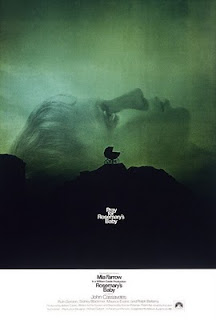 If you enjoy this sort of thing check out this impressive list of the 100 greatest movie posters.
Posted by Chopper at Friday, March 11, 2011 No comments: