Top 5 Flags of the World

I’ve not got round to writing up last week’s top five which was a bit of an epic on Twitter and has resulted in a massive playlist so I picked a simpler topic this week and am sticking this one up first.
I love flags, I don’t love what they sometimes lead to (wars, xenophobia & that sort of thing) but, much like Sheldon Cooper, I do love a flag. 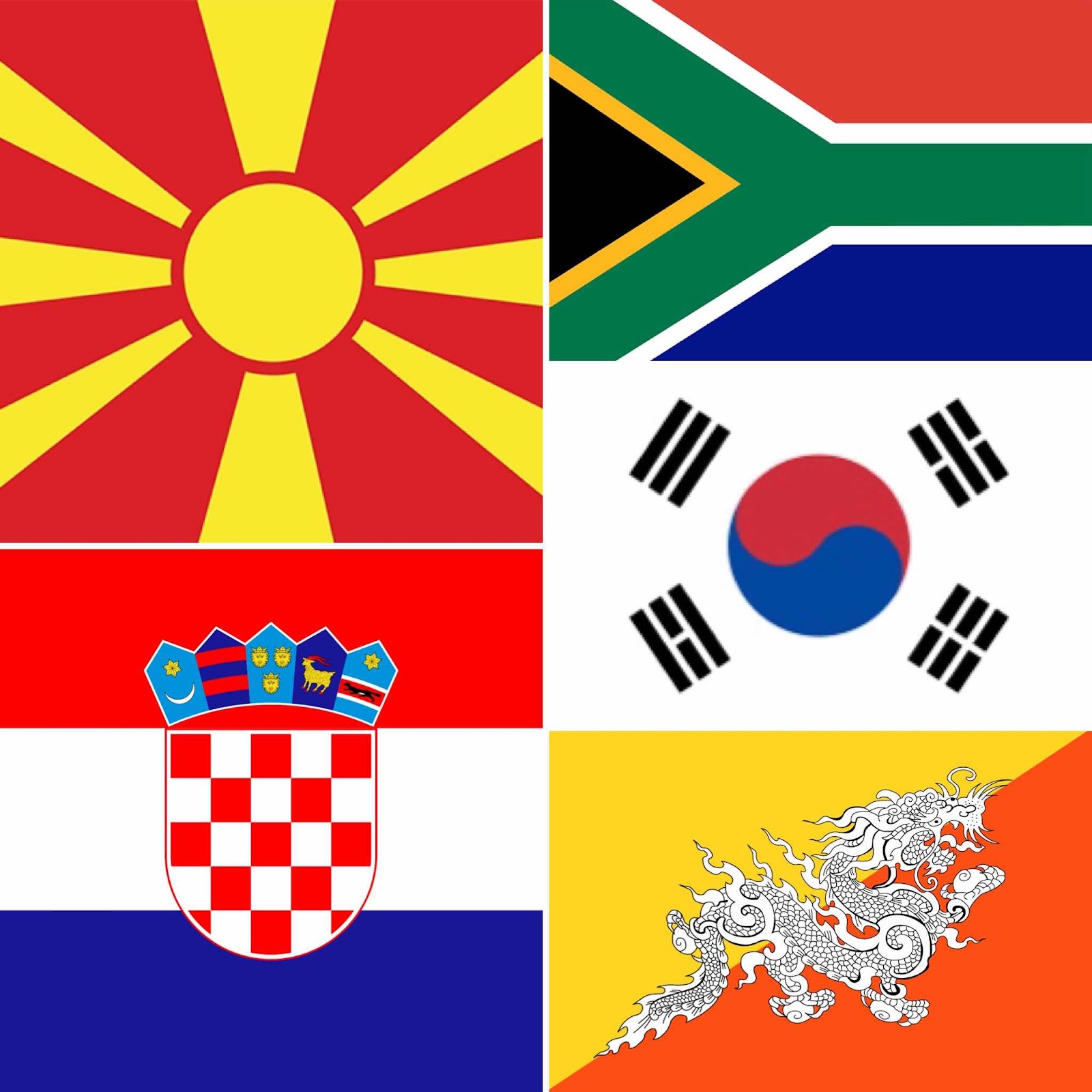 1. North Macedonia 🇲🇰
One of the newest countries of the world and my current favourite flag. The colours are great & the flaming sun design really eye catching.
2. Croatia 🇭🇷
Staying in the Balkans and a country I’ve actually been to. I’ve loved this flag since the 98 World Cup & the checkerboard kit the men’s national team wore which was echoing the flag. Those little additional shields are cool too (I think they represent historic regions that make up Croatia).
3. South Africa 🇿🇦
Another new flag, introduced in 1994 to coincide with Nelson Mandela being inaugurated as South Africa's first democratically elected president it’s a brilliant design aligned with great colour choices.
4. South Korea 🇰🇷
Lots of symbolism in this one. The Taegukgi in the middle represents the great polarity & duality, four trigrams represent four classical elements which can be translated in a number of ways & the white background is a traditional Korean colour for peace & purity.
5. Bhutan 🇧🇹
It’s got a cool dragon on it for a start, one that, even though they haven’t bothered to colour it in, could give the Welsh dragon a run for its money. It’s also another reddy orange flag which a favourite colour combination for me.
Tweet embedded below if you want to go check out more top 5 flag suggestions.

Friday Top 5: Flags of the World

The natural partner to last week’s top five and a chance for me to play around with embedding the Twitter thread.
This topic was a bit of an epic as it turns out 90% of all bands have brothers in them … or at least that’s the way it seemed. 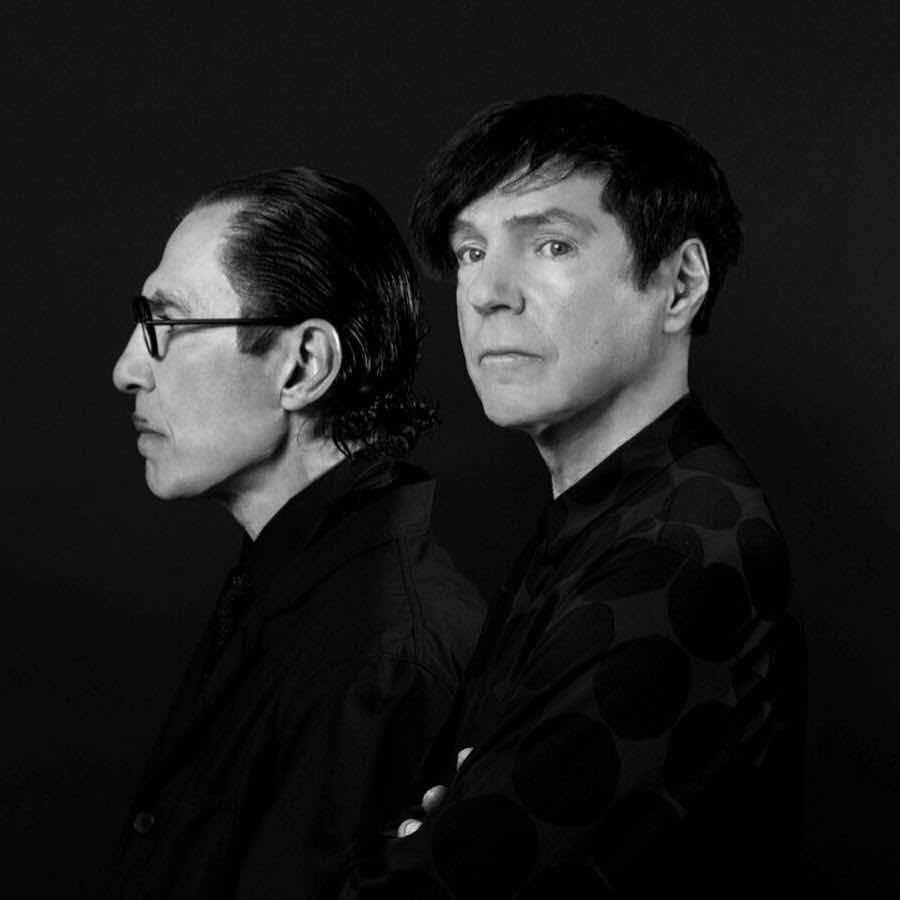 Top 5 Songs by Brothers
1. “This Town Ain’t Big Enough For The Both Of Us” Sparks - Probably their biggest hit but still my favourite Mael brothers tune. They’ve been around since the mid-seventies yet it’s their most recent albums that have caught my attention & if all goes to plan I should finally catch them live in London next year.

3. “Waving Flags” Sea Power - I’m a big Sea Power fan & they’ve got lots of songs I could have picked but this is a bit of a pro-immigration / pro-humanity over politics anthem and it makes my heart soar. A contender for best opening line too.

4. “Baby Come Back” The Equals - Definitely considered going with Police On My Back but this just edged it. I knew Eddy Grant via his solo stuff long before I discovered his original band with brothers Derv & Lincoln Gordon.

5. “Crazy Horses” The Osmonds - Discovered this song after seeing John Otway perform it live in the back room of a pub in Surbiton. Absolutely love the original & felt it was especially appropriate after our recent fuel shortages.

Here’s the original Twitter thread where you should be able to find loads of alternative suggestions.

1. This Town Ain’t Big Enough For The Both Of Us - Sparks
2. ABC - Jackson 5
3. Waving Flags - British Sea Power
4. Baby Come Back - The Equals
5. Crazy Horses - The Osmonds #chopsfives #topfive reply or QT to share yours pic.twitter.com/KGT7ePXerQ

Right then, another go at keeping this blog alive. I’m going to return the focus to Friday Top Fives as I’m planning to keep running those on Twitter. Maybe not every week but I’ll try and do them fortnightly.
Last Friday I ran a Songs by Sisters topic that was deliberately vague in what that might mean as you can tell by my selections. If I’m honest this was a quick throwaway idea and as soon as I started seeing others suggestions I realised I’d missed some great options.
Still love the five I went with though which are as follows. 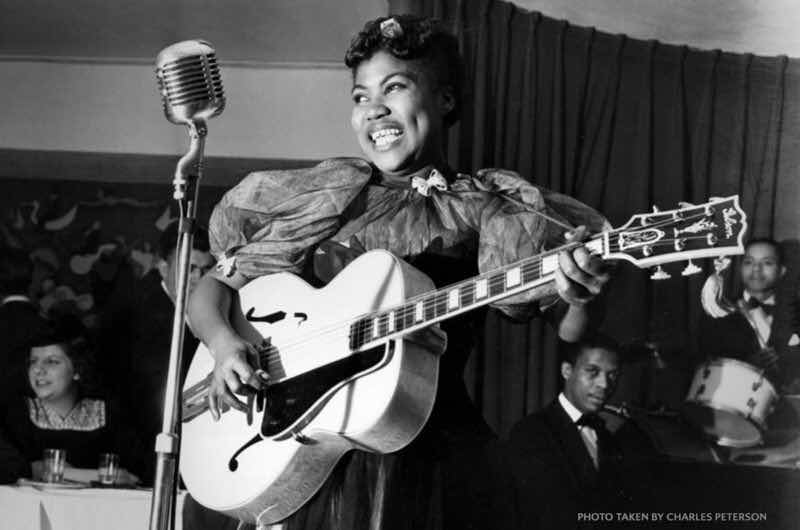 1. “This Train” Sister Rosetta Tharpe - Sister Rosetta was such an important pioneer for the birth of rock n roll. Ridiculous that all these years further on black, female & queer artists still face such a backlash to be heard.

2. “Emmylou” First Aid Kit - Actual sisters on this one. Klara & Johanna Söderberg have created some gorgeous indie tunes that benefit hugely from their vocal harmonies. This song, from their debut album, is still my favourite.

3. “Complication” Ye Nuns - All female Monks tribute band who all go by a name prefixed by Sister. They’ve all played in some well known bands before and have even received the seal of approval from an original band member.

4. “Lost in Music” Sister Sledge - Had a bit of a battle choosing between this or something by The Pointer Sisters but I think Lost in Music is a real landmark song. Bonus points for being covered by The Fall.

5. “We’re Not Going To Take It” Twisted Sister - This one partially made the cut because I liked how it illustrated an alternative view of the topic but after playing it a couple of times I really didn’t want to leave it off. Probably should have picked something by The Breeders in hindsight.