Created by Terry Nation (the man who invented the Daleks), Blake's 7 was the BBC's answer to Star Wars. It was the talk of the playground in 1978 and quickly became the must see programme for boys under twelve. When Blue Peter showed us how to make a Liberator transporter bracelet its similarity to those seen on screen hinted at the budget the show was working with. Despite this the programme grew in popularity thanks mainly to an eclectic cast of characters, not least Servalan the Federation Supreme Commander who provided the lead villain. Servalan was played superbly by Jacqueline Pearce who provided a mixture of fear and sexual tension whilst creating a persona that seemed like a hybrid of Margaret Thatcher and Darth Vader. The crew themselves were a rogues gallery of criminals and freedom fighters who appeared doomed to failure but always found a way to survive.

1. Vila Restal (Michael Keating) - Natural thief and lock cracker with a high sense of self preservation bordering on cowardice. 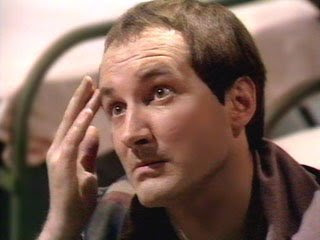 2. Kerr Avon (Paul Darrow) - Cold hearted pragmatist who retained a dry sense of humour and provided some of the show's wittiest moments when vocally sparring with Vila. 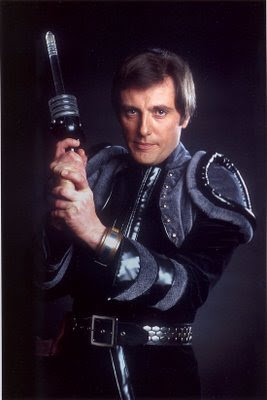 3. Roj Blake (Gareth Thomas) - Idealistic leader of the resistance movement who managed to break free of Federation brain washing to lead the team of rebels with a cause. 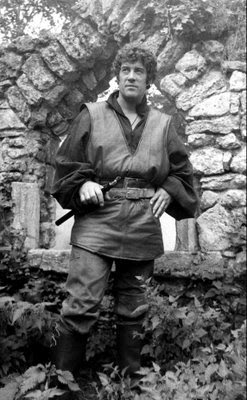 4. Cally (Jan Chappell) - Telepathic humanoid alien who began the series as a hardened rebel freedom fighter but became a bit of a mystical hippy. 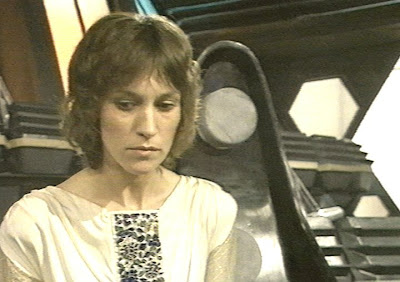 5. Olag Gan (David Jackson) - Gentle giant who provided the hint of muscle but had a Federation limiter implanted in his brain to prevent him from killing. 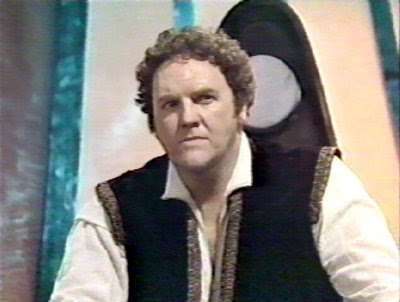 The other two members of the original seven were former smuggler Jenna Stannis (Sally Knyvette) and the Liberator's partly telepathic computer Zen (voiced by Peter Tuddenham). Read more about the series at Betty's Guide to Blake's 7
Posted by Chopper at Friday, July 31, 2009 No comments:

Top 5 Men on the Moon

Last Monday (20th July) marked the 40th anniversary of the first men to walk on the moon. I was 1 at the time so don't have any genuine memories of the event but growing up in the "space age" had a major influence on my life. Not least in kick starting an early phase of my minor compulsive disorder for collecting stuff. I spent ages trying to complete the PG Tips "Race Into Space" card set and that led on to further obsessions with "Prehistoric Animals" and "The History Of Aviation". Space is still cool and forty years on only 12 men have ever set foot on the moon.

1. Neil Armstrong Apollo 11 (and first man on the moon) 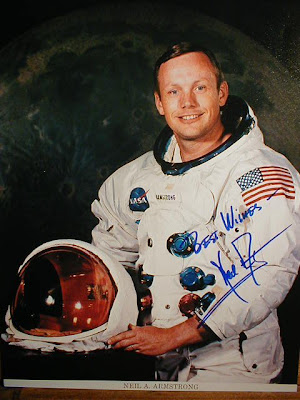 2. Alan Shepard Apollo 14 (and the oldest man to walk the moon - Shepard was also the second man in space, 23 days after Yuri Gagarin) 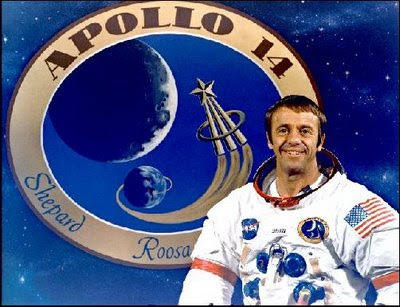 3. Buzz Aldrin Apollo 11 (second man on the moon who, when called "a coward, a liar, and a thief", punched Bart Sibrel [the moon landing hoax proponent] in the face - Buzz was 72 at the time) 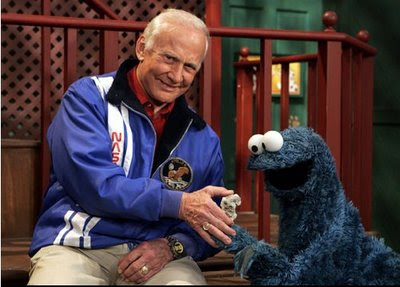 4. John Young Apollo 16 (and Apollo 10 which orbited the moon but was not scheduled to land - So near and yet so far) 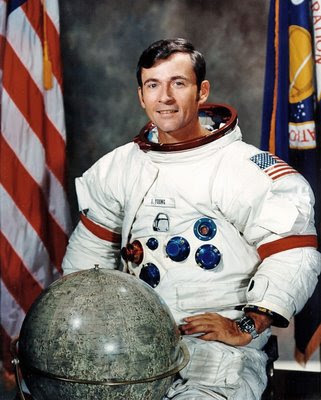 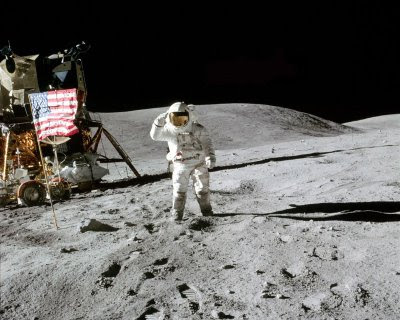 More Washington Post based fun following lasts week's alternative definitions. The WP also asked readers to take any word from the dictionary, alter it by adding, subtracting, or changing one letter, and supply a new definition.

1. Foreploy (v): Any misrepresentation about yourself for the purpose of getting laid.

3. Sarchasm (n): The gulf between the author of sarcastic wit and the person who doesn't get it.

4. Inoculatte (v): To take coffee intravenously when you are running late.

The Washington Post runs a neologism contest in which readers are asked to supply alternative meanings for common words. I had an email the other day which listed some of the best, they've probably been around for a while but they made me laugh.

1. Esplanade (v.), to attempt an explanation while drunk.

2. Flabbergasted (adj.), appalled over how much weight you have gained.

3. Negligent (adj.), describes a condition in which you absentmindedly answer the door in your nightgown.

4. Flatulence (n.) emergency vehicle that picks you up after you are run over by a steamroller.

I'm not someone who pays a great deal of attention to lyrics, it's the tune that gets my attention. When I do notice the words it's often because of a badly chosen rhyme or phrase and once I've spotted it, it becomes almost impossible to ignore. There's loads of bad lyrics out there but I'm only really bothered by the songs I'm likely to hear.

1. Razorlight "Somewhere Else"
"And I met a girl,
she asked me my name,
I told her what it was."
Razorlight really are rubbish though I have to own up to quite liking them early on. Their debut album had some decent indie-rock on it but that doesn't excuse the bland, generic, pap they served up on their second LP. What's worse is that, for no explicable reason, they started getting round the clock airplay based on these songs.

2. Snap! "Rhythm is a dancer"
"I'm as serious as cancer,
When I say rhythm is a dancer."
An exception made here, though this WAS back in the days when it was a lot harder to avoid the number one single. Bad as the song is overall, this couplet stands out as a shockingly desperate attempt to achieve a rhyme over good sense.

3. Marillion "Hard As Love"
"Well I hear you got my number and you want my name
I'm a stream of naughts and crosses in your R-A-M
But you know that love can be as hard as algebra
Baby nothing else has ever been as hard as love"
Ignoring the worryingly geeky premise of the verse (I mean come on guys - I was getting enough grief for liking Prog Rock already without the added humiliation of songs about binary code!) the analogy of algebra with love is a difficult one to swallow. I know a lot of people didn't enjoy maths at school but these guys must have had a seriously bad teacher if they think this is actually true.

4. Manic Street Preachers "Intravenous Agnostic"
"Into a vein exhibit the derelict
A secular mosaic distracted at birth
A Cubist abstraction let it live forever
Narcissism so lonely so live by the sea."

Whoa there Nicky, are you completely sure those words belong in the same sentence? The Manics have a habit of sounding like they just want to show off their impressive vocabulary but this song makes me wonder if Mr Wire was just trying to win a bet.

5. Culture Club "The War Song"
"War is stupid
And people are stupid"
As far as I'm concerned the only time you're allowed to get away with rhyming a word with itself is if you're Black Sabbath and you've just finished belting out one of the greatest intro riffs of all time before a nutter from Birmingham screams the phrase, "Generals gathered in their masses, Just like witches at black masses." In all other cases you have failed as a lyric writer. Using the same word is not a rhyme it's just repetition.
Posted by Chopper at Friday, July 03, 2009 No comments: