Neil Alden Armstrong, the first man on the Moon, passed away last Saturday and I really could not let his death go without marking the occasion. I was 1 year and 2 weeks old when Apollo 11 landed and Armstrong, Buzz Aldrin and Micheal Collins made history. I don't remember a thing about it but I know it made a huge impression on me as I grew up.

A huge hat tip to JHO at Station to Station who produced a top ten which you can check out here. Apologies for shamelessly stealing your idea!

1. Nick Drake "Pink Moon" - It took me a while to really "get" Nick Drake but once I did I feel in love with his music. The Pink Moon album is probably my favourite and this is a wonderful tune.

2. Television "Marquee Moon" - Television perhaps didn't achieve as much as they could have done but this is the high point of their career. The best track from their brilliant debut LP.

3. Neko Case "I Wish I Was The Moon Tonight" - Neko Case has a truly stunning voice that could make any song sound great. This is a delicate and beautiful tune from the album "Blacklisted".

4. Creedence Clearwater Revival "Bad Moon Rising" - Regular readers will know I've been trying to progress my (very basic) guitar skills by learning how to play this very song. I've not got very far since I last reported but that hasn't diminished my appreciation of this southern rocker.

5. Genesis "Dancing with the Moonlit Knight" - Opening track from "Selling England By The Pound" when Genesis where still good and Peter Gabriel was still on vocals. It's 8 minutes long and still only the 4th longest song on the album.

The second part of Alun's top five double header, if you want to know anything about him read last weeks post. Over to Al.

It took Depeche Mode 7 attempts before they finally aced it with ‘Violator’. Even the legendary Beatles took 5 tries before Revolver (although every album after that was AWESOME!) On the other hand, here’s my Top 5 list of bands that nailed it at on first go and then probably should have stopped while they were ahead!

1. Stereophonics "Word Gets Around" 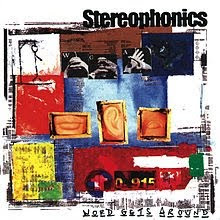 The Welsh indie/rock band released their first album in 1997, containing the single ‘Traffic’, one of my all time fav records. The Stereophonics have since gone on to become one of the UK’s biggest acts and although all the following 6 albums were good, none have been as good as the first. The bands original drummer recently died, apparently after finally realising that his curly perm had ceased to be fashionable around 30 years ago! 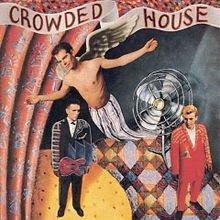 Although many believe ‘Woodface’ to be Crowded House’s defining moment, for me it will always be their self titled debut, released in 1986. The Aussie/NZ band split in 1996 after the death of their drummer (what is it about drummers – just like bass players in Spinal Tap!) but then my initial excitement at the news of them reforming in 2007 soon evaporated after hearing the next two albums. The original line up of Crowded House was quite possibly the best live band I have ever seen! Amazing tunes, great musicians and plenty of witty banter between songs. Fantastic. 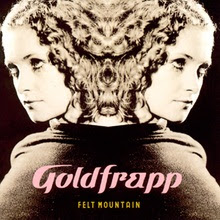 Alison Goldfrapp and Will Gregory are an electro pop duo from London who formed the band Goldfrapp in 1999 and released their brilliant Mercury Prize short-listed debut album, Felt Mountain, in 2000. Having loved the haunting ambient sounds I found it a bit of a shame when the band decided to reinvent themselves on subsequent albums, going on to release the dance album, the glam rock album, the folky album, etc, etc. I’m still hoping for another one like the first! Unlike many electronic acts, Goldfrapp are a fantastic live band, with Alison Goldfrapp a sight to be seen (& heard), singing away whist simultaneously simulating masturbation with a Theremin! You don’t see that every day! 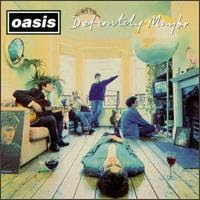 Yes, the next album was great too but it never got better than their debut, Definitely Maybe, released in 1994. Another album I played to death around the time. As we all know, seven albums later, in 2009 Oasis inevitably imploded with Liam then going on form the truly bloody awful Beady Eye whilst Noel proved he was the talent with the release of Noel Gallagher's High Flying Birds. 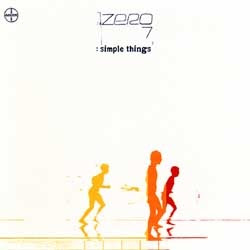 Zero 7 released their first album, Simple Things, in 2001, which went on to win the coveted Mercury Music prize. The British duo of Henry Binns and Sam Hardaker were joined on the album by numerous guest vocalists, by far the best for me being the brilliant husky voiced Aussie Sia Furler. Her contributions to the record being the highlight of one of my all time favourite albums. The ambient, down tempo, trip hop band have since gone on to release 3 more albums but none reaching the heady heights of their debut, although Sia Furler’s 2004 solo album ‘Colour the Small One’ comes very close.

Two top fives & only 1 tiny mention of the Phantoms! www.thephantoms.biz Rock on!
Posted by Chopper at Friday, August 10, 2012 3 comments: 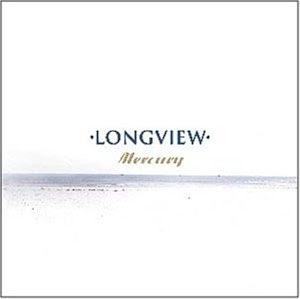 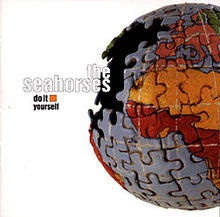 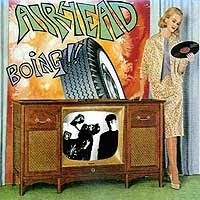 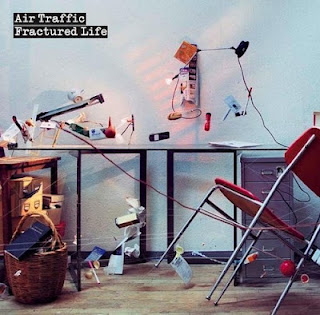 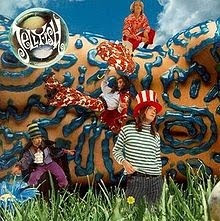