I have a growing stack of top fives that need more time than I've got to complete so it's handy to find a quicky topic every now and again to give me a bit of breathing space. I'm also always pleased to hear other people's suggestions and had quite an extensive list from a new reader the other week. This one was something I hadn't done and didn't take long to knock into shape.

1. Sarah Jane Smith - Elizabeth Sladen
(3rd & 4th Doctors, cameos with 10th & 11th Doctors)
I started watching Dr Who towards the end of Jon Pertwee's run on the show and so Sarah Jane was the first companion I knew. Not sure what it was about her but as a seven year old I definitely had a bit of a crush on her. I spent most of the Tom Baker era hiding behind the sofa, so it might just be that the Sarah Jane moments were the only bits I was brave enough to watch. Having returned recently in the spin-off series "The Sarah Jane Adventures" she doesn't seem to have aged at all and, despite being 20 years older than me, still has a certain something about her. 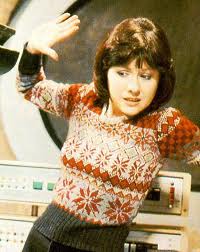 2. Jamie McCrimmon - Frazer Hines
(2nd Doctor)
Before he went on to star as a farmer in Emmerdale, Frazer Hines played an 18th century Scottish piper who became the second Doctor's companion. Sarah Jane might have appeared with more Doctors but Jamie appeared in 116 episodes with Patrick Troughton, making him the longest serving companion. These episodes were before my time but I got into them, having graduated to the comfy side of the sofa, when the BBC repeated the old series. 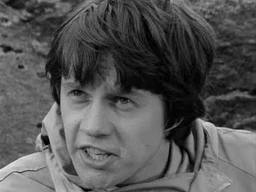 3. K9 - voice of John Leeson
(4th Doctor)
Looking back K9 seems a bit naff but he was something new and exciting when he first hit the screens. There was no flying and shooting lasers, he just wheeled about and shared his extensive knowledge, often to the point of tedium. He spoke with a formal tone and was always polite to his master but at times could be slightly condescending. Almost a robot dog version of Stephen Fry. 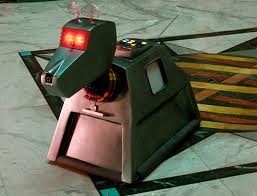 4. Amy Pond - Karen Gillan
(11th Doctor)
Its early days for Amy but she's made quite an impact in one series already. A feisty companion with a hint of mischief, flowing red hair and a suitably short temper. 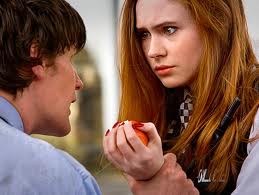 5. Leela - Louise Jameson
(4th Doctor)
Savage warrior Leela effectively replaced Sarah Jane, so it took me a while to warm to her. But in 1978 there weren't many opportunities to see quite as much of the female form during suitable veiwing times for a 10 year old, so her appearances soon became unmissable. 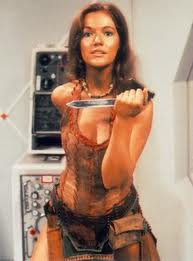 My Top 5 Doctors are here in case you want to compare.
Posted by Chopper at Friday, October 29, 2010

It is my first post here, so I would like to say hallo to all of you! It is definitely comfort to be adjacent to your community!