One thing leads to another. I was listening to Marc Riley on 6Music when he had a session with Martin Creed. His music is low-fi punk but displays the same sense of humour you can see in his art. The single Thinking/Not Thinking is a two chord stomp about how life falls into those two categories of activity. Another song A-Z sees Martin recite the alphabet from A to Z. I like the simplicity of his lyrics.

Creed is most well known for Work no. 227 "The Lights going on and off" which won him the controversial Turner Prize in 2001. As with most modern artists it raises the argument about what is and what is not art. Personally I don't really care. From my point of view it's visually interesting and that is all that matters.

This is a variation of an installation he did a number of times before with different coloured ballons. I like the fact that the balloons are all the same colour. 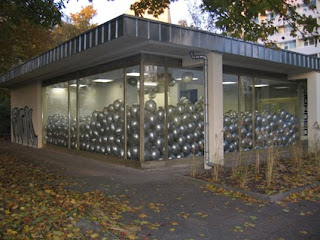 I reckon this is an even better picture from outside the gallery. A room full of balloons - what's not to like? 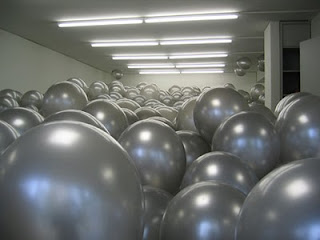 This is work 628 from 2007. It's called dark-blue balloons and is another variation on the same theme. 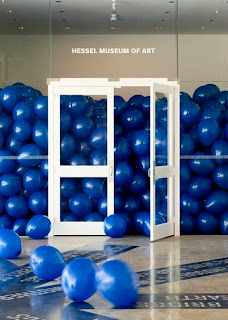 Another recurring idea. The top picture is from 2006 and is in blue neon. 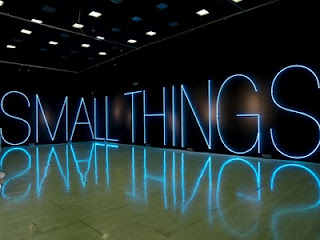 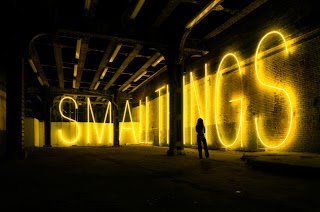 Work 701 is quite a delicate piece. I like the way the shadows from the lighting cast geometric patterns. 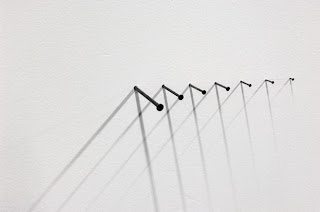 Work 370 appeals to me as much for its similarity to our front room when the boys are having a messy day as its aesthetic value. 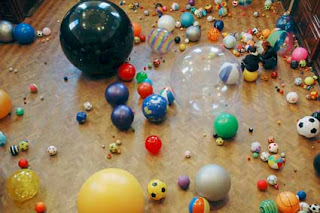 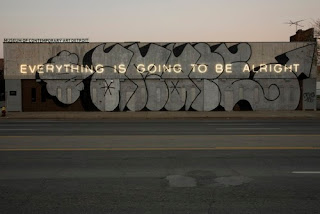 Earlier version on a landmark building in 2006. 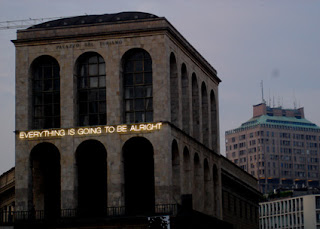 I've broken all my rules this week with multiple choices under one entry so one more won't hurt. This is work 925 Chairs. 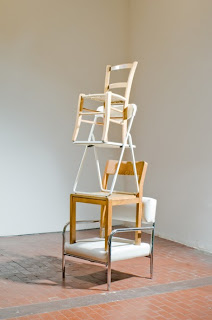 What a load of balls.

Steve - maybe you could do a guest top five on your favourite wood designs?