For most of my life I have read very little non-fiction. I enjoy the thrill, that fiction provides, of being transported somewhere else, and until recently, had rarely felt the desire to read about "real life". All of the choices in this top five, have affected me in a very similar way to my favourite novels. They tell great stories but ones born from real life experience.

1. "Down and Out In Paris and London" George Orwell - Orwell's first full length work and a captivating depiction of poverty in two great cities. The first half, set in Paris, sees Orwell having to take work as a kitchen hand and is by far the more convincing half of the book. A genuine feeling of the author living on the bread line and having to scratch together whatever money he could. If nothing else it will make you seriously consider the journey your food has taken, at even the poshest of restaurants, before arriving at your table. The second half has Orwell return to London, where he chooses to live as a tramp for a few weeks before the start of a job he'd been promised by a family friend. Whilst this is still a fascinating account of the time, and wonderfully written, I felt less sympathy for the author's predicament knowing that he choose to be there. (NB: To any Orwell fans out there, I have not yet read Homage to Catatonia or The Road To Wigan Pier) 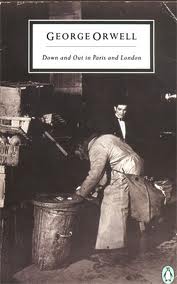 2. "Bound For Glory" Woody Guthrie - One of the things I have discovered since I started writing a blog is how apalling my memory is. Even recent events can be a little vague but anything that stretches back to my pre-teenage years forms little more than random snapshots in my head. Guthrie's autobiography is full of wonderful detail about his early life rural Oklahoma, the impact of the Great Depression and his subsequent travels around America. There are elements of the book that benefit greatly from his songwriting skills. The boundary between fiction and non-fiction seems blurred but it stands as a thoroughly engaging tale about the founder of modern American folk music. 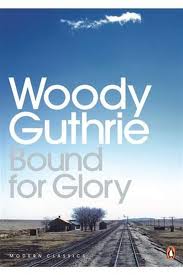 3. "My Family and Other Animals" Gerald Durrell - Another book that I first read at school. I'm not entirely sure when as I'm sure this wasn't O-Level material but it's a story that has stayed with me ever since. Durrell writes with great humour about his family, an eccentric bunch to say the least, their exploits in Corfu and his burgeoning interest in the natural world. 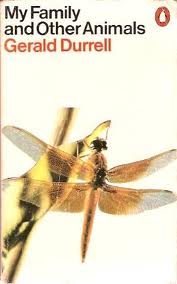 4. "Kicked Into Touch" Fred Eyre - The story of the original journeyman footballer (in the days when players didn't change clubs every six months). From being top kid in the local kick-about it took several years before he represented Manchester Schoolboys. This led to him being becoming Manchester City's first ever apprentice and attending a close season training camp at Lilleshall alongside; Neil Young, Tommy Smith, George Graham & Eamon Dunphy. Injury cut his Maine Road career short, having never made a first team appearance, and began his downwards spiral from Lincoln City to Crewe Alexandra, from Stalybridge Celtic to Rossendale United. In all he played for some 25 clubs (most of them non-league), briefly managed Wigan Athletic and was assitant manager at Sheffield United. He also found time to set-up his own office supply company and became a popular after dinner speaker. Fred's character shines through and he shows no sense of bitterness at his lack of success. A role model for all of us not just professional footballers. 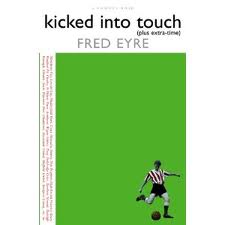 5. "Hell Bent For Leather - Confessions of a Heavy Metal Addict"  Seb Hunter - Hilarious account of the author's personal Heavy Metal odyssey. Flying Vs, Spandex, extended drum solos and desperately needing a wee in the middle of a muddy field in Donnington. It particularly strikes a chord with me as I did so many of the same things myself. To be fair, Seb did at least manage to graduate from playing air guitar in his bedroom to being in a real band. They just weren't particularly good. 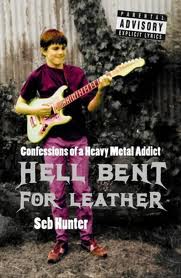