Just as I was starting to worry I was running out of top fives and wouldn't have enough time to write a new one up popped the ever wonderful Dotmund with this perfectly timed work of excellence. Dotmund has been a source of inspiration in keeping this blog going. Last year he managed almost a post a day on his own blog and every one seemed to be funnier or artier than anything I could hope to produce.

The 2012-13 Formula 1 season starts this Sunday so over to Dotmund to find out who's hot on the current F1 circuit.

I have a secret shame. I'm obsessed with Formula 1 motor racing. My brain is a little encyclopaedia of useless facts, and the ones that won't go in by themselves I accumulate into comprehensive lists and charts. I hate myself a little for that. But then, there are worse things.

The 2012 Formula 1 season is the first in the 62 years of the World Championship to feature 6 former (and current) World Champions in the field. In my considered opinion (and I'd take the Pepsi Challenge with any of you rabble), here are the five best drivers in the sport's upper echelon today.

1. Fernando Alonso (Age 30. 177 starts 27 wins 20 pole positions 19 fastest laps 1086 points. 2005 and 2006 Formula 1 World Champion)
He's not won a World Championship since 2006 but I still think of Alonso as the best of the bunch. The only possible area where he is lacking is in speed over one lap on a Saturday afternoon. But his performances on race day more than make up for that. No other driver can match him for his speed, pounding consistency or racing intelligence. No other driver is as relentless when he gets the merest sniff of a race win. He just won't let go. Most important of all: he hardly ever has an off-day. With Ferrari looking a little off the pace so far in 2012, Alonso now faces his greatest challenge - can he, like Michael Schumacher did, inspire and cajole the people around him to move up to his level? 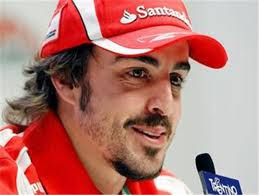 2. Sebastian Vettel (Age 24. 81 starts 21 wins 30 pole positions 9 fastest laps 773 points. 2010 and 2011 Formula 1 World Champion)
The reigning double-World Champion is the youngest in the history of the sport and he grows more formidable by the race. He is indisputably the king of qualifying, as 15 pole positions out of 19 races last year proves. More impressive and important than that is his freakish ability to find the grip immediately and go flat out from the very start of the race, which allows him to build up a big lead from the off and control the race. This combination of talents is reminiscent of Ayrton Senna, which is no small boast. It is, frankly, difficult to see anyone dethroning him at this current moment in time. 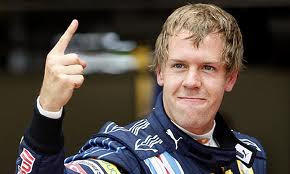 3. Lewis Hamilton (Age 27. 90 starts 17 wins 19 pole positions 11 fastest laps 723 points. 2008 Formula 1 World Champion)
His 2011 season was a patchy affair, but only a fool would discount Lewis Hamilton. He is a more complete package than any other driver in terms of his skill set. He's better in qualifying and in the wet than Alonso and he's a more assertive, aggressive race driver than Vettel. Sometimes the latter can get him in trouble, but his only real weakness seems to be in his mental approach, allowing things outside of the car to affect his performances in it. Given an ultimately competitive car, Hamilton could win another World Championship in the blink of an eye. 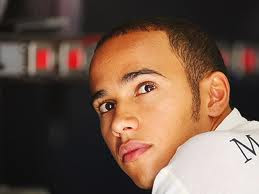 4. Jenson Button (Age 32. 208 starts 12 wins 7 pole positions 6 fastest laps 811 points. 2009 Formula 1 World Champion)
I had my doubts about Button's prospects when he signed for McLaren. But I have to say he has proved me wrong. He is peerless in mixed conditions, a devilishly tricky area to master. He's also a great overtaker and possesses enormous reserves of experience. He probably understands the subtleties of racecraft better than any of his rivals. What he lacks on Alonso, Vettel and Hamilton is his ultimate speed. But there's not much in it, and his magnificent racing brain, feel and tactical nous more than makes up for it, as witnessed by beating his brilliant teammate Hamilton over a 19 race championship in 2011 demonstrates. Jenson Button could yet win another world crown.

5. Nico Rosberg (Age 26. 108 starts 5 podium finishes 2 fastest laps 306.5 points)
Picking a fifth driver is difficult indeed. Felipe Massa is the most statistically successful of the pretenders but there is a real doubt whether or not he will ever regain his ultimate speed after his scary accident in Hungary three years ago. Mark Webber would, I believe, need a bit of luck but has the ability to win a world title. Of the remaining World Champions in the field, Michael Schumacher (1994-95, 2000-2004) is now 43 years old and past his ultimate best, whilst Kimi Raikkonen (2007) is still an enigma: even discounting his two year foray in the World Rally Championship, there were always question marks about his absolute motivation and mental approach - although his speed was never in doubt. I think that Rosberg - who is yet to score a pole position or to win a Grand Prix - is showing very clear signs of being one of the most consistent drivers in the field, held back only by the limitations of his car. He needs to take that step up quickly, but I think that when he does he is the most likely driver in the chasing pack to move up a level. I think you've got the top 5 drivers just about right, maybe it should include Kimi Raikkonen too. F1 fans have differing opinions on the order they should be in.

The 2013 championship doesn't give a clear indication of who's the best driver either. With Red Bull's car continuing to be in a league of its own its hard to know how Vettel would fare in a lesser car. Alonso the man perceived to be the most complete driver on the grid has not been given a competitive car by Ferrari. Alonso has recently been quoted as saying “I am in the best form of my life and driving the best”.

Lewis Hamilton continues to prove he's a very fast driver – so far he has secured 5 pole positions this year. However the Mercedes has had issues with its tyres during races so he hasn't been able to turn these into race wins.

One thing that 2013 does prove is that Kimi Raikkonen is one not to be forgotten currently battling for 2nd in the championship he is a strong contender for the top 5.

With the teams cars differing so much its impossible to say who's the best, next years engine changes may well shake up the field and the top 5 may look very different.

Alex Sawyer of www.usgppackages.com F1 fan for the last 25 years.