This would have been a more upbeat post had Fulham won in Hamburg last night. I'm still absolutely gutted we didn't but I'm starting to accept that it was still a brilliant day and a massive achievement.

1. A bet on the opposing team - I've been doing this in the domestic cups for a while now (actually ever since I didn't place a bet on Leyton Orient beating us in the FA Cup which they managed 1-0) and like to think I've helped us avoid some embarrasing slip ups against the likes of Kettering and Accrington Stanley. Fulham's progress in the Europa league has cost me a small fortune but was worth every penny. I might not bother collecting the winnings from this game. 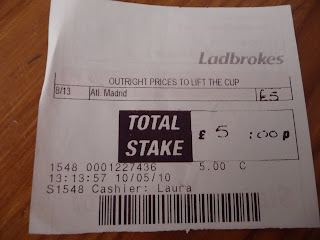 2. Wearing my lucky socks - Back in the nineties when Mickey Adams was just starting to create a buzz at the club I discovered a pair of lucky boxer shorts. They were yellow, which isn't a colour I'd normally choose but had a remarkably long run as lucky totems. When I got a pair of yellow socks last year I couldn't help but wonder if they held the same magic. They did and I've worn them to games ever since. 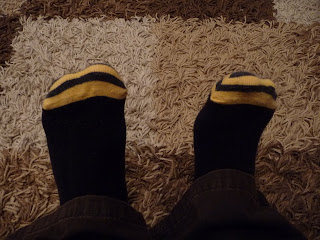 3. Dad touching the boot of Johnny Haynes - Dad didn't come to Hamburg and even if he had we'd have needed to make an awkward detour to fit this one in. It's done us proud at home though but doesn't have a 100% success rate. 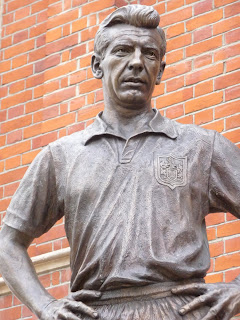 4. Wearing my lucky replica top - I don't buy a top every year but I got this personalised one from a mate for my 40th and it's been a very lucky shirt ever since. Then again I wore my unlucky "Steve Marlet" shirt (the black adidas one) to the recent West Ham game and we won that 3-2. 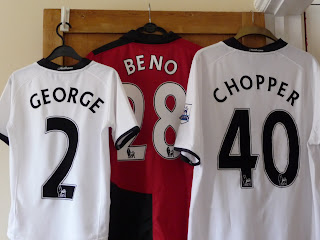 5. Going in through my lucky turnstile - Somewhere during our epic 63 game season I started to feel drawn to a particular turnstile. We'd been going in roughly the same place for quite a while but now Number 38 (slightly to the right of the picture below) is the only entrance I'll use. 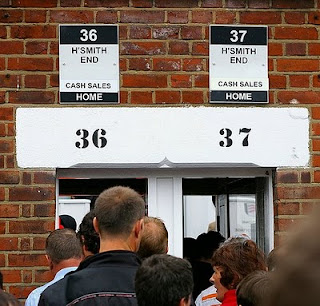