Inspired by Lido the Darren Hayman album of instrumentals named after open air swimming pools. I can't claim to have been to all of them but there's something magical about an open air pool, despite the irony of living in a country where swimming outdoors is such an unlikely activity.

1. Saltdean Lido - This is a real gem with a glorious art deco design. Typically Saltdean has had an uncertain future of late but was recently saved from developers and is in the process of creating a sustainable future with community ownership.
http://saltdeanlido.co.uk/ 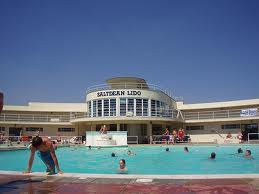 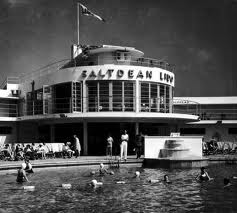 2. Tooting Bec Lido - Tooting Bec Lido is one of Britain's oldest open air pools, opening to the public in July 1906. The Lido is on Tooting Bec Common but swimmers are concealed from views across the common by the surrounding tree covered ramp. The colourful doors of the changing cubicles have made the Lido a popular location for adverts and other filming including the boxing "pool" scene in Snatch.
http://www.dcleisurecentres.co.uk/centres/tooting-bec-lido/ 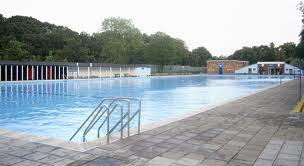 Image removed at request of copyright owner but please check it out in it's original location here at The Telegraph or see more of the photographer's wonderful work here juliagavinphotography.co.uk
3. The Upper Deck - This is a near mythical pool from my youth, a place I heard other kids talk about but never visited. I think it sat on the banks of the Thames near Molesey in Surrey. Photos courtesy of , I love the black & white one of people watching the racing though I'm not entirely sure this is the same pool. 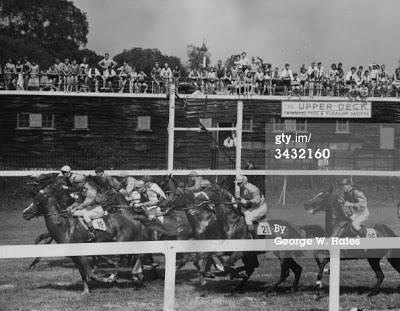 4. Hampton Open Air Pool - The nearest open air pool to where I live now which backs on to Bushy Park. It's gone through a bit of a renaissance recently and has even staged open-air concerts by the likes of Bellowhead and Kid Creole & The Coconuts.
http://www.hamptonpool.co.uk/ 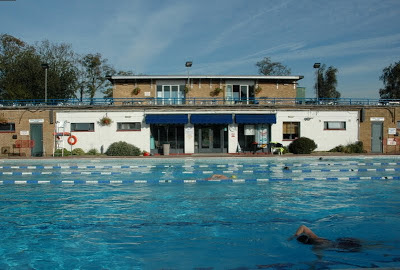 5. London Fields Lido - I don't know a great deal about this one I just like the name. Today around 30 acres, London Fields was originally common ground used by drovers to pasture livestock. The Lido originally opened in 1932. After closing in 1988 local residents fought to prevent it's removal and it reopened in 2006. Fully refurbished it provides the only heated outdoor Olympic sized swimming pool in London.
http://www.hackney.gov.uk/c-londonfields-lido.htm 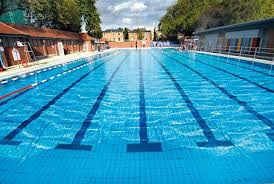 The diving board at Weston Super Mare Lido was something to behold. 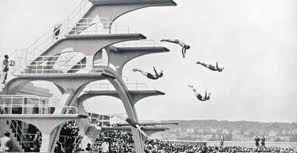 A lido at Hastings is now just a square of grass. My Dad lives in Bexhill so we drive past this quite often and I can sense the echo of it's former glories. Sad it's gone. 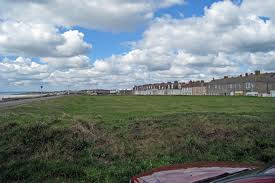 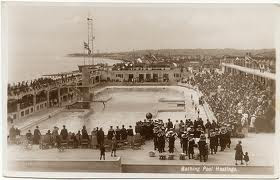 When I was younger we would occasionally go to the Lido in Walsall Arboretum. It was more large, wonky shaped paddling pool than swimming pool but it did have a fountain.

I think it's undergoing work and I can't seem to find any photos of it, at least with water in it.

The upper deck at Molesey - Hurst Park was a racecourse once upon a time. So could well be the same one!

It is the same pool. Hurst Park Racecourse ran from just beside the Upper Deck all the way down to what is now the Hurst Park estate.

Ah fab. Thanks very much.