Week 4 and I might be getting the hang of this again. Worked out it’s a lot easier if I make notes as I go.

Loads of new albums to catch up with this week. Top of the list is “The Neon Skyline” by Andy Shauf. He is on the bill for EOTR and having previously not heard of him I’m really excited to see him do these tunes live.

@BrinyHoof  recommended Oxford band Lucy Leave to me and I’m absolutely loving their album “Everyone is Doing so Well”.

Another Twitter recommendation came from @WillieMcAlpine who chose a En Attendant Ana tune for #SOTW recently. Their debut album, “Juillet”, has been another source of joy this week.

Earworm / Recommendation of the week

It was Independent Venue Week this week and it got off to a brilliant start with the news that Business Rates will be cut for small venues. A real boost for the venues that I love the most. I also went to two #IVW20 shows both at The Boileroom in Guildford which has the added benefit of being a 30 minute drive from home & 10:00 midweek curfew meaning I was home around 10:30 both nights.

BC Camplight @ The Boileroom, Guildford (28/Jan) - I didn’t catch BC on his last tour so the chance to see him play a tiny venue wasn’t an opportunity I was going to pass up. BC and band were on fine form and went down well with a packed venue. BC plays Shepherds Bush Empire in November so get your tickets soon to see him in his biggest show so far. 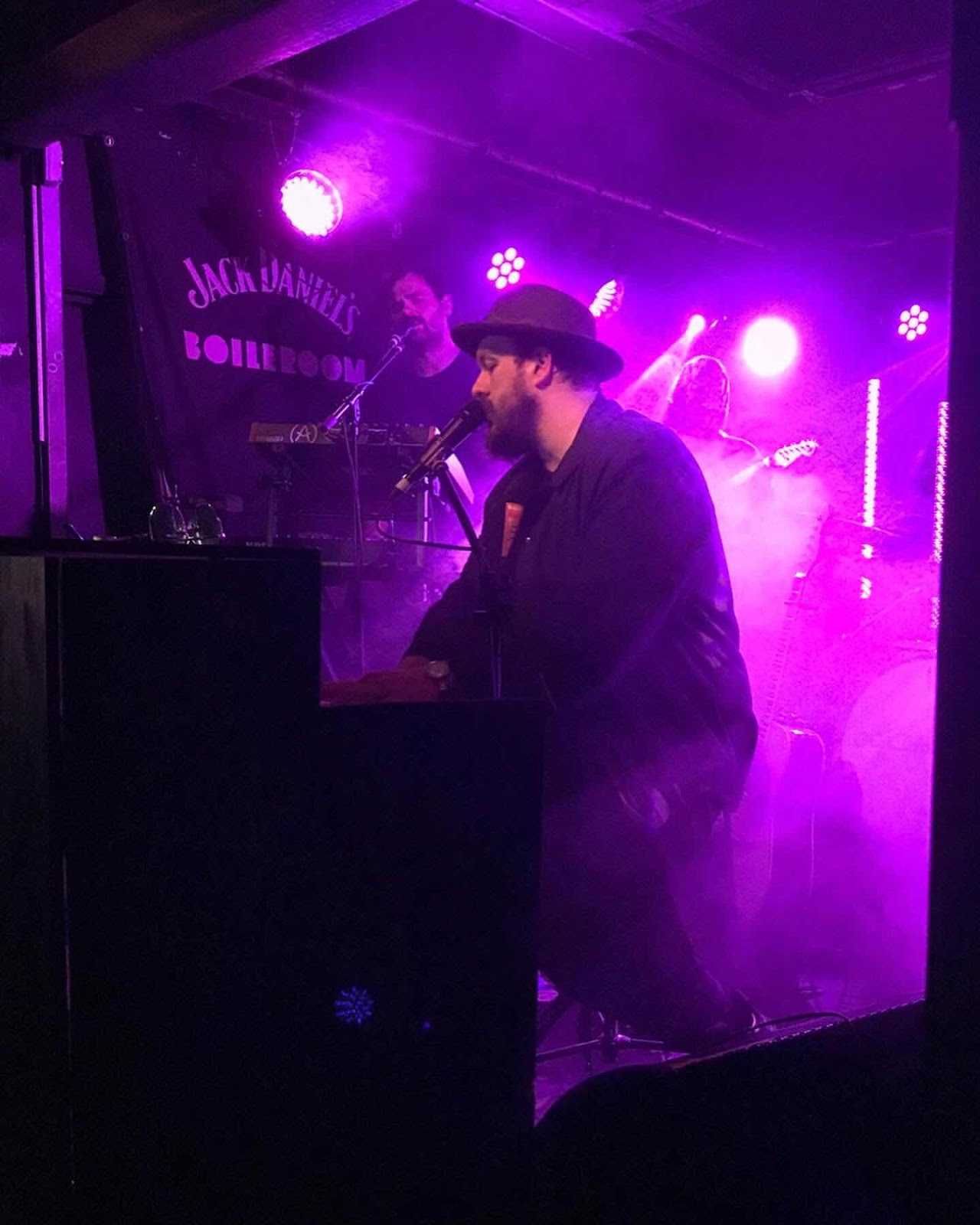 Support from Temples of Youth who had a really cool vibe and will definitely be worth keeping an eye on. 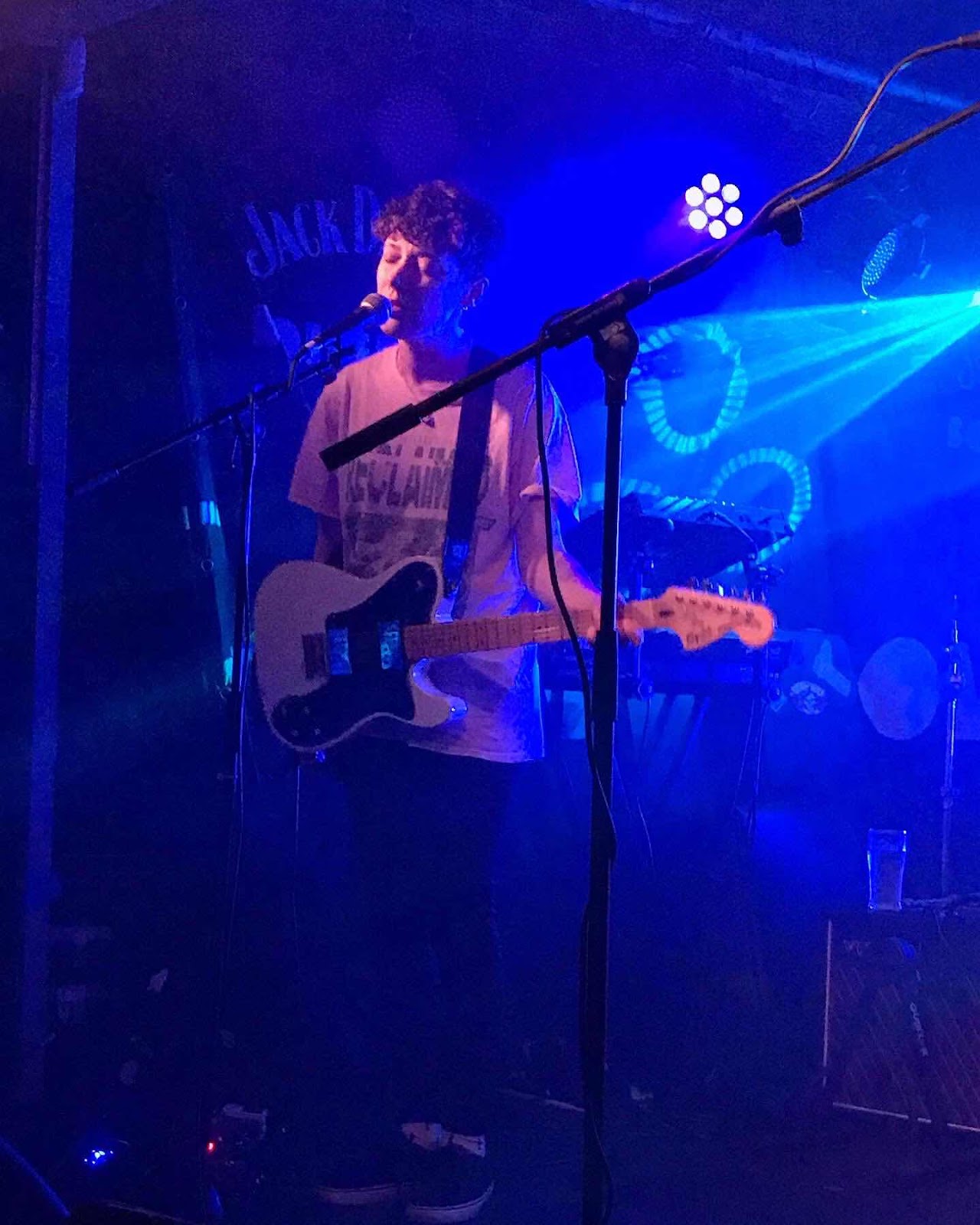 Peaness @ The Boileroom, Guildford (29/Jan) - I first saw Peaness at last year’s Winter Sprinter and have loved them ever since. They released the best song about Brexit last year (Breakfast) and have already released a song of year for 2020 (Kaizen). A smaller crowd because out in the suburbs it seems people take a while to catch on to new bands but still a good turnout and the band totally won over the room. Peaness play my favourite venue, The Lexington, in May. It’s going to be a blast. 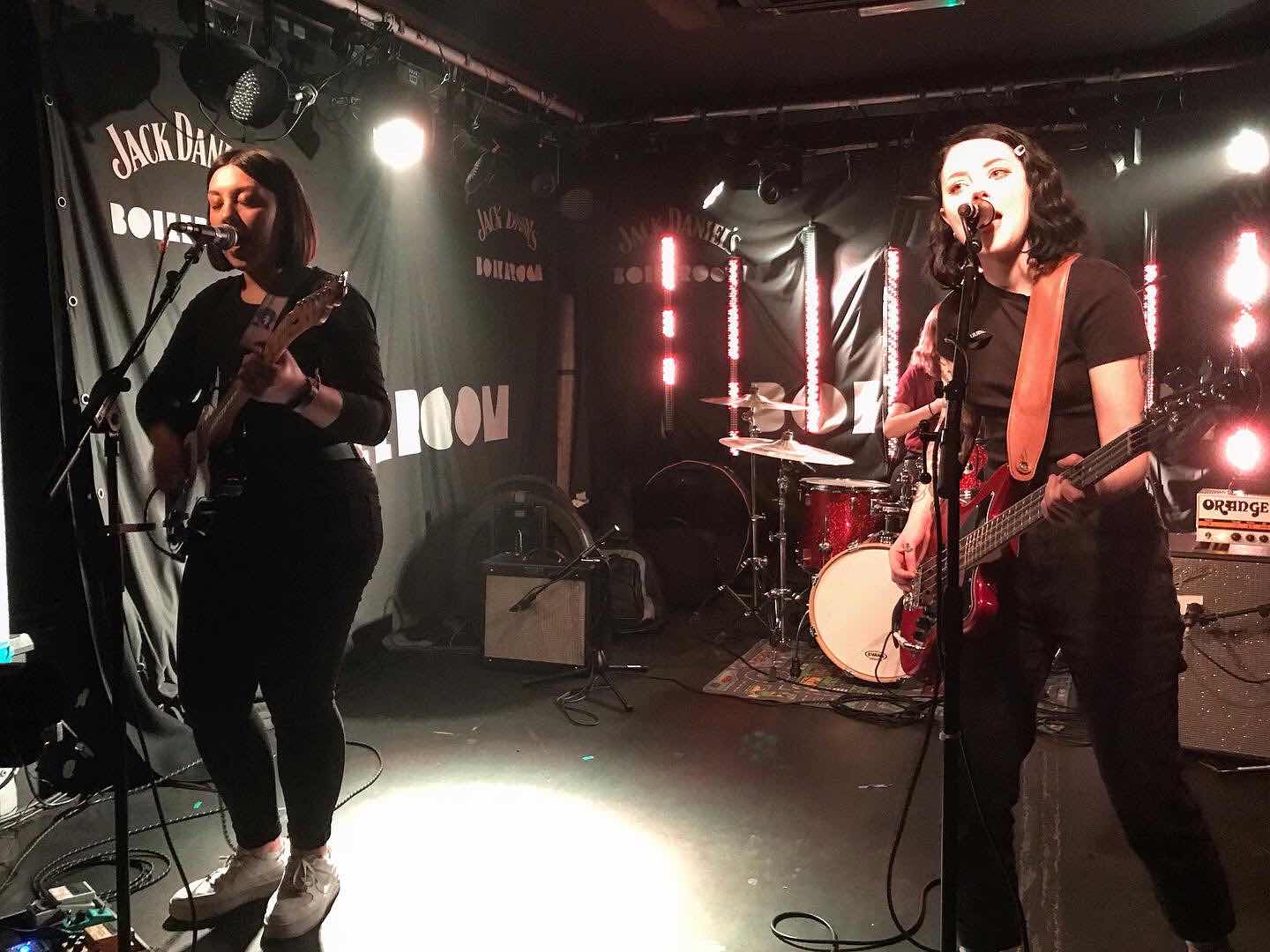 Support tonight was from a really young Blue Jellyfish who had some lovely guitar lines and impressive song writing skills. 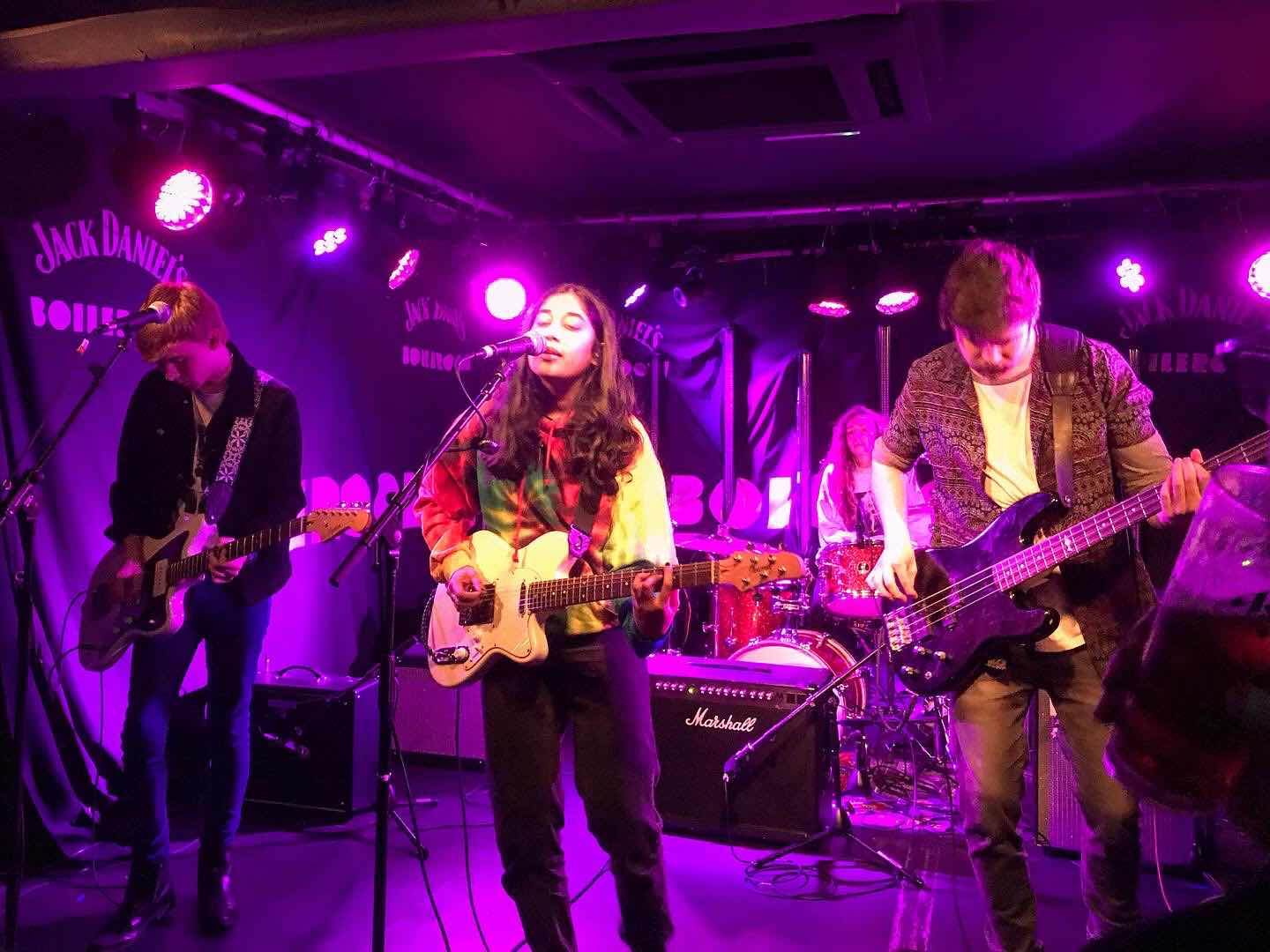 Listened to a few more of Loud & Quiet’s Music Made Me Do podcast. It is a fascinating exploration of the workings of the music industry presented by Stuart Stubbs who is a really great interviewer. Barbara Charone spoke about being PR for Madonna & many others. Eg White (formerly of Brother Beyond) was really interesting on his life as a songwriter and also managed some fantastically eloquent swearing.

I also enjoyed an excellent band practice (sans drummer) in which we worked out two new covers fairly quickly, giving me a huge sense of achievement and making me think I’m almost getting the hang of this bass guitar lark (caveat: both tunes, whilst not particularly well known, were pretty basic but a lot of fun to play).

Here’s a picture of me with my lovely, and way too good for my skill level, bass guitar. 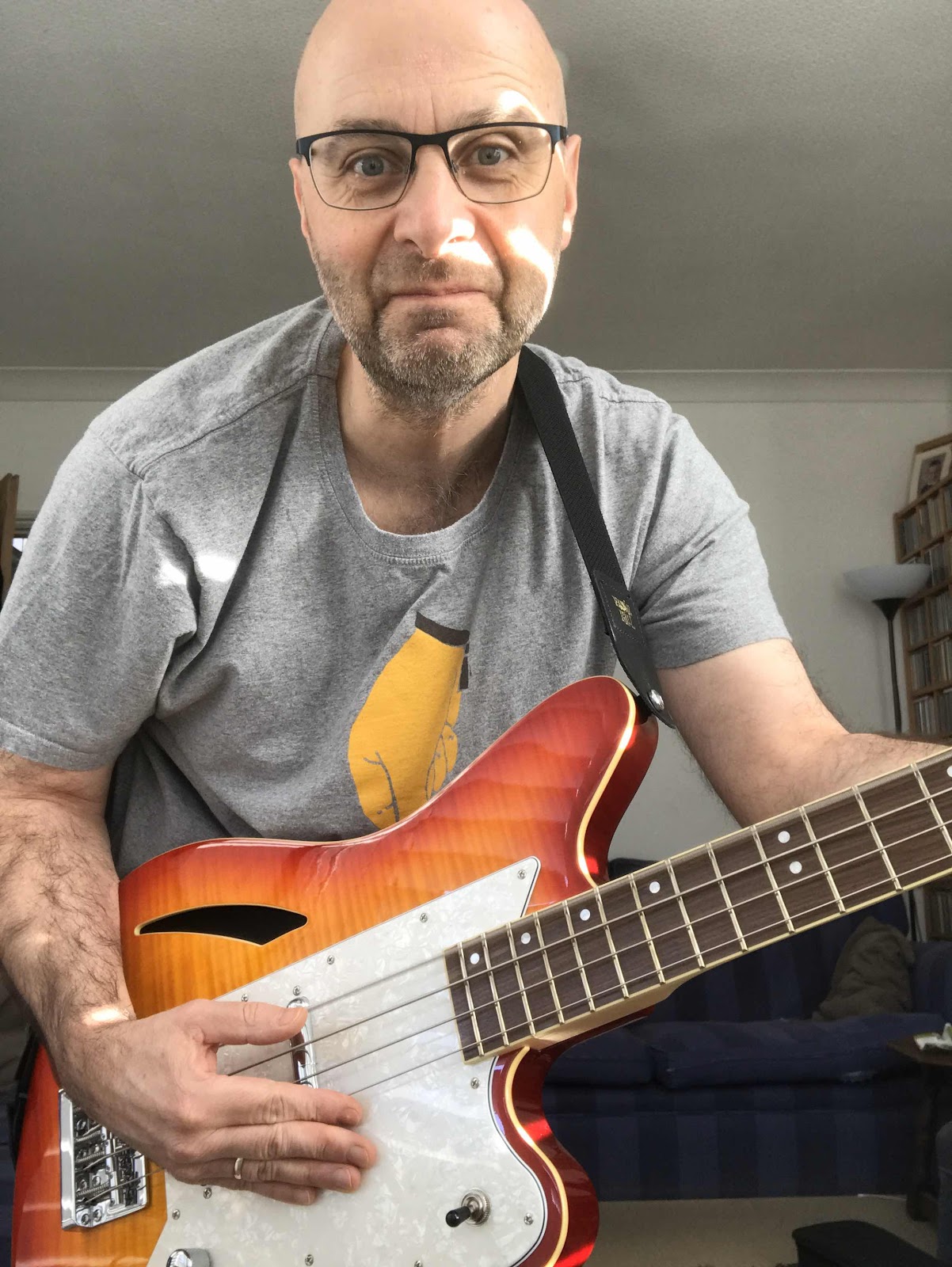