Running low on ready to publish top fives I (stupidly) thought that picking the all time greatest Club Football team might make an easy topic to knock up in a hurry. It wasn't so apologies now for any factual mistakes as some of this has come from my less than reliable memory, and the rest from the occasionally erratic Wikipedia.

There has been a lot of talk recently about how good the current Barcelona side is and whether they could be the greatest club side ever seen. BBC 5Live discussed this and came to the conclusion it was the Real Madrid side of 1960. I have narrowed the remit down to European teams only as I know very little about football outside of the EU (if I'm honest vey little about football outside of SW6). I also went with achievements over a 10 year span, rather than individual seasons, as I felt it gaves a better perspective of the true greatness of the sides involved.

1. Liverpool (1974-1984) – This is the team that dominated football when I was growing up. Everyone at my school (my best friend and myself apart) seemed to support Liverpool. They were on telly all the time. I absolutely hated them. This was the team that Shankly built but Bob Paisley took on to greater success. They dominated English football and began a golden age of British clubs in Europe. Forgetting my schoolboy bias it was good to watch, pass and move, fast flowing, physical-when-needed British football. I knew that team almost as well as I knew Fulham. Clemence, Neal, Hansen, Kennedy.A, Thompson, Heighway, McDermott, Kennedy.R, Souness, Keegan & Dalgleish. Especially Keegan & Dalgleish. I can now admit that they were thrilling to watch at their best. 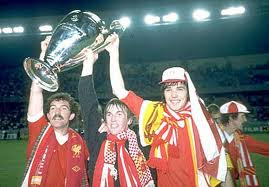 2. Ajax (1965-1975) - The origin of Total Football. Managed by Rinus Michels and inspired by Johan Cruyff, this Ajax team took European football by storm, playing winning football with flair and panache. The first Dutch team to reach a European Cup final when they lost to A.C. Milan in 1969 they then saw their rivals Feyonord become the first Dutch team to lift the trophy the following season. Ajax fought back and stamped their mark on the tournament by winning the next three years in a row. The first team to acheive that feat since the Madrid side of the late fifties. They also contributed To Holland's achievements at international level. The Dutch being unlucky to finish as runners-up in both the '74 and '78 World Cups as well as finishing third at the '76 European Championships. 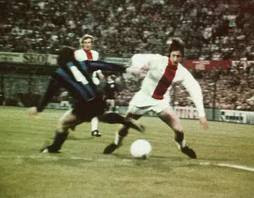 3. Real Madrid (1956-1966) – Much harder for me to genuinely assess as I’ve only ever seen brief scratchy black & white highlights of this side. However this was a team featuring two of the world's all-time greats in Ferenc Puskas and Alfredo di Stefano and I've read enough by trustworthy reporters to believe they are definite contenders for the greatest team ever. Winning the first five European Cups is impressive whatever the standard of competition. 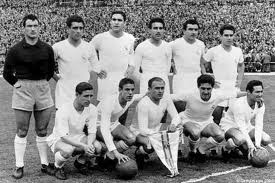 4. Barcelona (2008-Now) – Is it too early to consider the current Barca side amongst these illustrious companions? I think not. Considering how tough it now is to win in European competition, their achievements in the last few years have been truly impressive. They've taken the Ajax total football template and added a resilience that makes them difficult to beat. The Frank Rijkard era from 2003-2008 was pretty successful too, but I've isolated the Pep Guardiola era as he developed the tika-taka philosophy into an irresistable force. Xavi, Iniesta & Messi are household names and the heart and soul behind the current Barca success. As with the Ajax side of the seventies it's not unrelated that the Spanish national side has won winning the European Championships in 2008 and their very first World Cup in 2010. 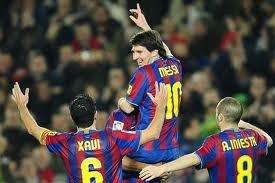 5. Manchester United (1991-2001) - Difficult to pin down Sir Alex Ferguson's greatest period but it seems to me that the early nineties where when they were at their most dominant on the domestic front. The ban on English clubs competing in European competition restricted their ability to win as much as they might and they struggled to come to terms with the differences in style when they got their chance. The treble winning 1999 side was spectacular though. The graduates of the youth academy; Beckham, Giggs, Scholes and the Nevilles coming of age whilst Schmeichel and Keane were at the height of their powers. 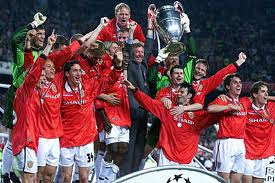