At least one regular reader was disappointed to see last week's top five was about the children's TV show and not about the band formed by Ritchie Blackmore to retreat to whenever he was in a particularly bad sulk with Ian Gillan. Well, who am I to stand in the way of popular opinion.

1. Since You Been Gone (from Down To Earth, 1979) - Despite this being from the only album that featured front man Graham Bonnet (whose short hair and R&B background did not go down well with Rainbow's fans at the time) this is hands down my favourite Rainbow song. I find it almost impossible not to sing along whenever I hear it. 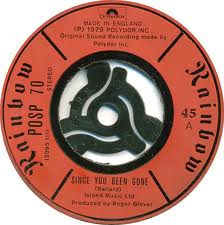 2. Stargazer (from Rainbow Rising, 1976) - Rising was Rainbow's most consistent album and I think probably their best too. This 8 ½ minute epic is its centre piece and pretty well defines all that Rainbow were about. Extensive Blackmore Guitar solos, Ronnie James Dio's deep powerful voice and lyrics about dragons, wizards and rainbows. 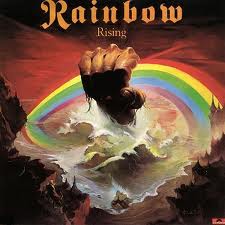 3. Kill The King (from Long Live Rock 'n' Roll, 1978) - Full on twiddly guitar intro followed by some massive riffage and RJD at his best make this my favourite song from this 1978 album. 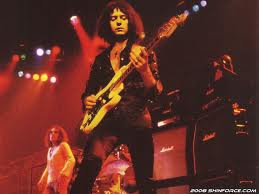 4. I Surrender (from Difficult To Cure, 1981) - Another great track by former Argent guitarist and ace songwriter Russ Ballard (who also provided "Since You Been Gone") this time featuring Bonnet's replacement Joe Lynn Turner on vocals. 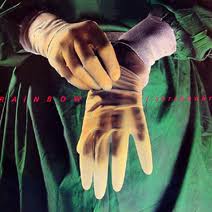 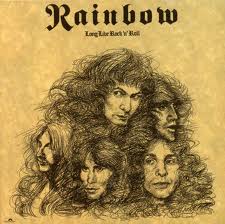 I do prefer the early stuff, but it's all good! On the sulking bit, fortunately I saw the second Wembley gig in 1980/1 ish where the set was slightly longer than seventy miniutes of the first. Which resulted in lots of chairs being lobbed around the place!
I think he's a full time wizard now..!

Brilliant. I think all rock stars should be a little bit barking. I also like that Ritchie would only come back out for an encore with DP if he was in the mood and felt the crowd deserved it.