I know Jamie in the first instance as a Fulham fan and former Northern correspondent for Craven Cottage Newsround. He has written some excellent reviews of Fulham away games, a challenging feat in recent years with our penchant for goaless draws. More recently he has started an excellent film blog called Shot Through a Window.

These days the only films I get to see at the cinema are cartoons, or in 3-D ... or both. Despite a passing effort to keep up to date by watching BBC's Film [Insert current year here], I hadn't heard of Michael Haneke. This top five has whetted my appetite for his films and I'm looking forward to searching them out. Over to Jamie.

Michael Haneke is my favourite director. His films might not be what most would think of as easy watches, with their bleak subject matter and frequent refusal to offer any answers. His concerns are usually largely the same: bourgeois neurosis, family dysfunction, (the failure of) multiculturalism, surveillance, alienation. But his films remain eminently satisfying and memorable experiences due to their patience and open nature, giving characters time to develop and the audience opportunity to react, and think. You’re often made uneasy by what you’re seeing, but you feel like you’re being treated like an intelligent adult – so you participate, and you enjoy. The list below will inevitably change – Haneke is soon to cast his beady eye on the subjects of ‘the internet’ and ‘the humiliation of ageing’ (woohoo!) – but, for the time being, here goes…

1. Hidden (2005)
This masterpiece in creeping tension and brilliant study of Western postcolonial guilt is not only my favourite film of Haneke’s but one of the outright best I have ever seen. A well-to-do Parisian couple start receiving strange videotapes of their own house on surveillance camera, with no idea who is sending them, or why. It has a wonderful opening that you could write a postmodern film-studies thesis on. And its one violent scene understands what ‘shock’ is in cinema more than a thousand Hollywood horror movies: context, genuine surprise, stillness… and silence. Outstanding. 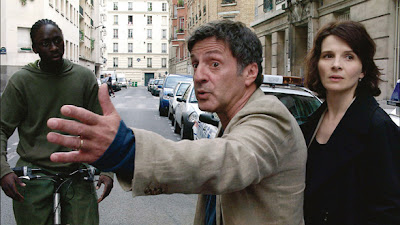 2. The White Ribbon (2009)
A film which gives you the strange sensation being simultaneously disturbed by events onscreen whilst utterly comfortable in the hands of a master director, full of confidence and on top of his game. Beautifully filmed in crisp black-and-white, it’s an intriguing and mysterious tale of a provincial community in pre-WW2 Germany which deservedly won Haneke the Cannes Palme D’Or in 2010. 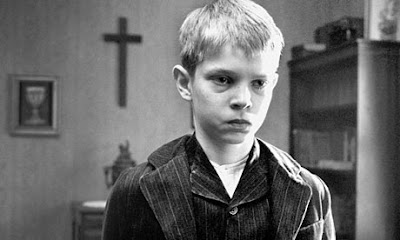 3. Code Unknown (2000)
This collage of intertwining stories contains, in my opinion, some of the greatest scenes ever committed to celluloid – and is only kept off my number one spot by the fact that it doesn’t quite hang together as a whole, its highlights marred by some less successful segments. But oh, the highlights: Julliete Binoche, playing a film actress à la Naomi Watts in Mulholland Drive, spreading her wings with some incredible ‘acting acting’; a virtuoso one-take sequence on a Paris street which opens the film; an excruciating encounter on the subway which is just so real. The century had turned, and Haneke had announced himself as a major filmmaker of his era. 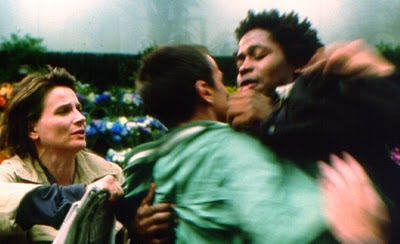 4. The Piano Teacher (2001)
I guess this is what happens when Haneke does ‘love story’. An adaptation of Elfriede Jelinek’s novel about a pianist and her pupil, this is an unflinching portrait of perversion and self-destruction, featuring the performance of a lifetime by the wonderful Isabelle Huppert. It’s one of his most compassionate films along with his most accessible, given a linear narrative which does actually come to some kind of conclusion. So perhaps not a bad place for Haneke virgins to start. 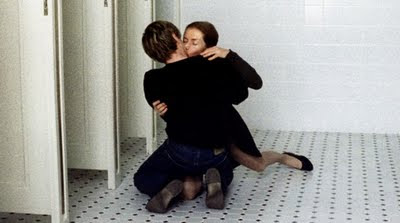 5. Benny’s Video (1992)
A journey into the bleak abyss from earlier in Haneke’s career. All his later themes are present here but they’re unembellished by the style, assurance and slightly softer edges of his later work. It really is quite punishing viewing, even if you know it’s there for good reasons – like staring directly into the sunlight. Its pivotal scene (to which the title refers) is masterfully put together. We’re made to watch it twice. 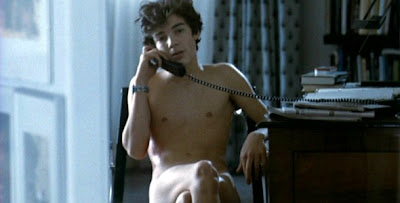