The trouble with the really big topics is that I end up thinking about them too much. This top five has undergone at least four rewrites and I know if I leave it any longer it will change again.

I really began discovering music for myself in the early eighties, not a period when Progressive Rock was particularly well regarded. I suppose in many ways I was looking for anything that wasn't the floppy fringed, Smash Hit's style pop that dominated the charts. Overheard six form conversations and Kerrang magazine led me on a path to Heavy Metal and Prog.

I picked up a copy of Marillion's live mini-album Real to Reel from Boots early in 1984 and this somehow led me to reassess the copy of Genesis' Genesis album I'd picked up from my local library. By 1985 I was immersing myself in all forms of Prog, old and new. The mid-eighties had seen a revival of the genre. Marillion were the leading lights but I also discovered the joys of Pendragon, Pallas, Twelfth Night & I.Q. Regular gigs at the Marquee Club (initially in the famous Wardour Street location, before a move to the larger Charing Cross Road premises) helped me feel part of a scene. Albeit a scene woefully out of touch with current trends.

1. Genesis "The Lamb Lies Down On Broadway" (1975) - Peter Gabriel's last album with the band, The Lamb is a double concept L.P. that took me some time to unravel. Having developed a love of their self-titled 1983 album and learning that they were a big influence on Marillion I rapidly made up for lost time. Three of their earliest releases (Trespass, Nursery Cryme & Foxtrot) formed the template for many of the eighties Prog revivalists. Foxtrot in particular is a favourite of mine but I think the time I had to invest to "get" The Lamb has elevated it to the top of my list. 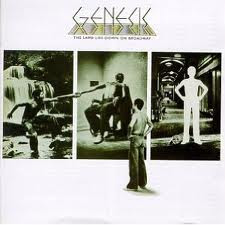 2. Marillion "Script For A Jester's Tear" (1983) - Marillion's debut album was amongst several I received from the now defunct Britannia Music Club. I bought everything on tape back then, switching to vinyl in late 85 and refusing to accept CDs as anything more than a passing fancy until the early 90s. The Script cassette came in a cream coloured box which, for some inexplicable reason, helped me love the album even more. Whilst Marillion's Tolkien influenced name and associated Jester imagery suggest typical Prog fare lyrically they were really tackling more dcontemporary subjects. He Knows You Know is about heroin abuse and Chelsea Monday about the suicide of a young girl pursuing dreams of fame and fortune. They were my favourite band for a very long time. 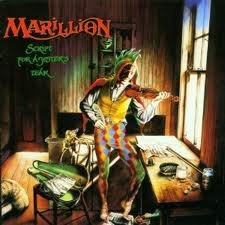 3. Jethro Tull "Aqualung" (1971) - I agonised a little over whether to include Tull. They have a much broader pallet than your average Prog band but Tull were at the forefront the late 60's progressive blues bands that spawned the genre. The title track kicks the album off with a Martin Barre riff that is up with Smoke On The Water for being most recognisable in rock. Light and shade is provided by a number of acoustically based songs before the coupe de grace which is provided by the flat out groove of Locomotive Breath. 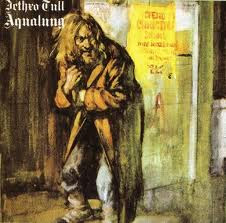 4. Pink Floyd "Meddle" (1971) - I'm possibly being a little obtuse by not picking Dark Side of The Moon but I think this album, released a year earlier, has a more Proggy feel. I like a bit of contrast in my music and Meddle provides that in spades. Opening with the double tracked Bass riff of One Of These Days before changing tack to the gentle acoustic melody of A Pillow of Winds. Fearless is one of my favourite Floyd tracks and Echoes is a 23 minute Prog epic. To be honest if a Prog band doesn't have at least one song over 20 minutes in their repertoire they're not really trying. 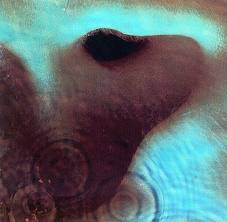 5. I.Q. "Subterranea" (1997) - The early eighties neo-progressive "boom" consisted mainly of bands that sounded like early Genesis. I.Q. were no different and on first listen I dismissed them as too derivative. However, live shows played in the sort of venue Genesis had long forgotten and impromptu versions of popular adverts such as the Shake & Vac theme tune, won be over. Unlike many of their peers I.Q. stayed active and after reuniting with their original vocalist in 1993 released this double concept album in 1997 to prove that it is possible for a band to get better as it gets older. 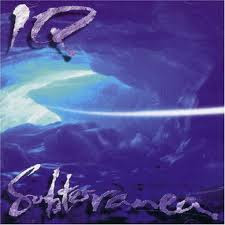 I really did struggle to trim this down to five entries. Near misses came from Yes with 1971's "The Yes Album" and Caravan with the best of the Canterbury sound on "In The Land Of Grey and Pink" (also 1971).

ELP? Nope, they really were shit.