The Internet can be an amazing place. You can share ideas and have random discussions with people you have never met and probably never will. A bit like having a French pen pal but one who doesn't come to visit you for a week in the summer and make you do lots of things you don't want to do.

I digress. I got to know dotmund through Twitter. He is best known for his illustration work on the excellent Football website Two Hundred Percent and was the British Cartoonists’ Association Young Cartoonist of the Year in 2003. You can check out some of his other work here or read his blog here.

This is the first top five I have received that's in reverse order. It's made me wonder why I haven't always done it this way. The illustrations are all dotmund originals.

These things have blighted the world now for over 65 years. They've created new political realities, new philosophies and changed the way humans live more than any other of our many creations. But I would like to (perhaps controversially) argue that in this world of health and safety consciousness and its attendant litigiousness, nuclear weapons are something of an anachronism. Seriously, that shit's just not safe. 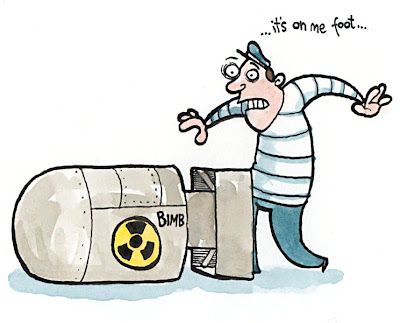 I've never flown in an aeroplane, but I have been on one. Growing up in Sussex, one of my school outings was to Gatwick Airport. For part of the fun-filled shindig, we all piled onto a plane and sat down, before they went through the standard safety announcement. This was all too much for 10-year old me, and I freaked out. Properly freaked out. They had to take me off the plane. Looking back, it's probably not my proudest moment or my bravest. But something, somewhere deep inside told me that I did not belong in an aeroplane.

One of my dearest, bestest friends could move to the USA in the near future, which obviously presents me with a problem. I have promised her, and more importantly myself, that I would not let my fear of aeroplanes stop me from visiting them in the States. And it won't. But there may need to be a certain amount of tethering, restraints and wooden spoon biting before I get there. 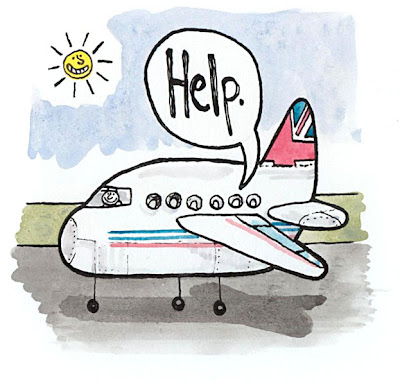 3. MY LOVED ONES ABANDONING ME

Loved ones, eh? You love them and then, you know, stuff. Actually, in my case I've been really very lucky, touch wood. So it's been up to my brain to concoct scenarios whereby friends and family drift away after realising that I am rubbish. I'm actually not rubbish, partly because I jump through all kinds of hoops to be as nice as I can to avoid the inevitable. Which is not inevitable, apart from in my brain. Which is stupid.

I'm pretty sure my ongoing stupidity is one of my most endearing qualities. But if any of my friends or family are reading this and disagree, I would like to say now that I'll change! I'm sorry! I love you. 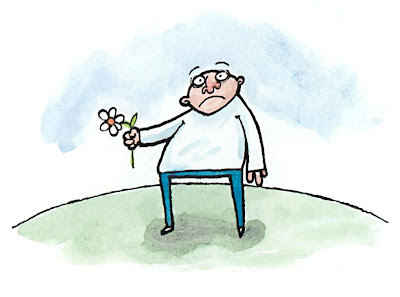 Actually, it's not thunderstorms I'm scared of, that's something of a misnomer. I'm OK with thunder, which is just noise, and rain, which is just water. It's the violent discharge of huge amounts of electricity that makes me feel positively clenched. I live by the south coast, which is a place where weather tends to be a fairly transient affair, wind blowing it inland rather than having it sit on top of us. This is good news for me, as it means we get fewer big thunderstorms than other parts of the country. When we do have one, however, I hide in my room with the curtains drawn and the lights on, trying to pretend I'm so brave to have got past my fear of thunderstorms. 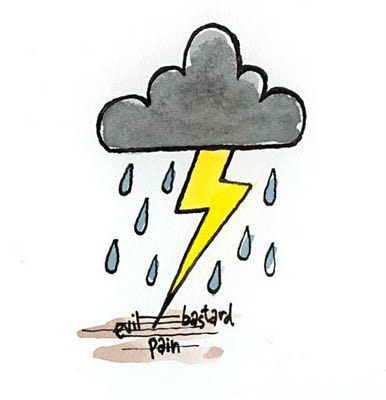 Oh hell no. No no no. I can't be doing with Joan Crawford. My fear of Joan was cemented by a 1964 American horror film called Stait-Jacket, in which Joan plays a woman who was institutionalised for murdering her husband with an axe and, upon her release, the killings start again! Joan Crawford playing a mentally imbalanced murderess lunatic. It's the stuff complete mental breakdowns are made of. If I ever want to just give up and be carted away to a mental hospital myself, I plan to watch Whatever Happened To Baby Jane. That should do it. 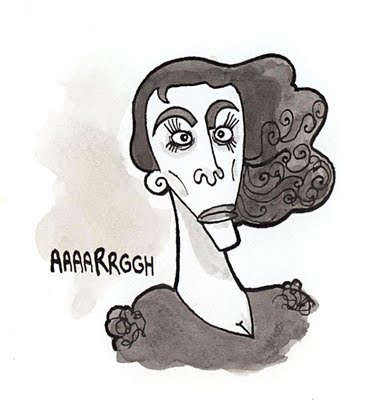