I think 5olly is the funniest person on the internet. He tells me he's not being funny it's just true. Either way 5olly makes me laugh. His blog i'm still 5olly on the block is currently focused on watching the Channel 4 Top 100 War Movies and then blogging about them. This generally includes quite a bit of complaining about the lack of tanks. And swearing. It's funny and you should definitely read it.

5olly also suggested I needed a Submit Button to make contributing guest top fives more easy. He's right and whilst I didn't manage to create a funky button I have now added a Submit Top 5 link. It's over there ---> and down a bit.

Top 5 Reasons why I should get up off this sofa right now and NOT write this post.

It's 8.10am. In 80 minutes I need to leave the house and walk to Homebase to buy some shit. Not any old shit, oh no. I need to buy horse shit. Obviously Homebase don't sell shit in small, easily carried bags so I have to meet my mate Mudrock. He is very special for two reasons. Firstly Mudrock is my fellow Co-Worker on the Allotment. Secondly he has a car. You can get a lot of of shit in a car especially if it's an estate. It is.

2. I need a cigarette

Many moons ago in my disgusting early-adulthood I would've gently leant over the side of my futon, being fully aware that one sharp move could induce a painful headache and then rummaged through my jeans pockets to find my roll-ups. Then I would've carefully rolled my own cigarette, ignoring my shaky hands. I was desperate for my fix. After a 4 minute search between the empty beer cans I would have discovered my lighter and gently inhaled those toxic fumes. These days I can't even be arsed to get up and go outside and smoke. And I have to get up and go outside. Now I'm an adult I have no choice. But with wisdom comes laziness. 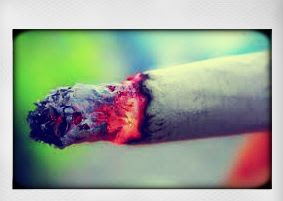 Well technically I am dressed. I am in fact wearing my beautiful grey towelling robe. It's old and it's worn. It's not as fluffy and soft as it once was and due to wear and tear it seems to have a habit of coming undone. Now don't get me wrong, I don't mind it falling open unexpectedly for all to see. (@Betsymartian wouldn't argue. She's seen Mr Winky before) but we're not alone. @Slinkywhite is in the room. I don't think she would be as impressed. If it happened, dread the thought. She'd probably want to move out...

4. I need to water the garden

Due to arriving home from work slightly last night after a few beers en-route, I avoided my daily task of watering my garden. I'm quite proud of my little garden in a Percy Thrower kind of way. It only looks good from two angles mind. The first is from the upstairs back window, the second angle is from the broken plastic chair on the patio. That's my favourite view. So yeah, if I want it to live I'd best get watering. Here's a photo. 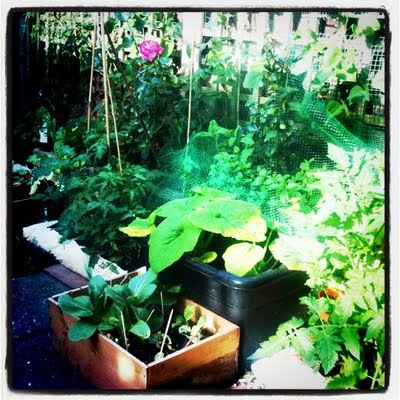 I really need a cup of tea. I'm rubbish without tea. I've already had one cup but I need another, and now I haven't got much time before I need to get dressed, smoke a ciggie and water the garden before walking all the way to Homebase to buy some shit. Not any old shit. Some horse shit. And once that's done i'm off to the allotment to dig up some potatoes and then dig in some more shit and plant some more potatoes. Then I have to pick some gooseberries, collect some shallots and thin out some swedes and parsnips. All the time i'll be doing this I won't have the opportunity to drink any tea. There will be coffee but it's not tea, and I much prefer tea. I really need a cuppa. I'd best get off this sofa then... I haven't much time.