Last week saw the sad, though slightly overdue, news that R.E.M. have called it a day. They certainly seemed to lose something when Bill Berry left the group, though by that point they had already surpassed most other groups with the quantity of very fine albums they'd released. My first thought on hearing the news was how long would it be before they get back together for the re-union tour. Inevitabilities of the music industry aside, R.E.M. have contributed massively to indie-rock over the last 25 years and deserve huge respect for their consistency and longevity.

1. Document (1987) - The band's final independently released album and the tipping point between their early "college rock" success and the subsequent multi-million selling stadium filling era. Some of their best songs are included ("Finest Worksong", "It's the End of the World as We Know It" & "The One I love") mixed with a few quirky numbers and a great cover of Wire's "Strange". 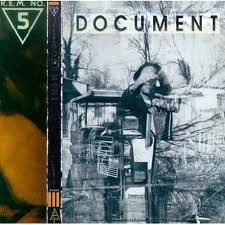 2. Out Of Time (1991) - This was my R.E.M. point of entry and sound-tracked my summer that year, I played it a lot and it's one of those albums I will always have a soft spot for. My musical interests had previously been more heavy rock based, so whilst I was aware of the band I hadn't really shown much interest. However, by the early nineties I was broadening my musical horizons and this caught the mood of the time perfectly. An uncharacteristically chirpy album that saw the band having fun with additional musicians and guest vocalists. 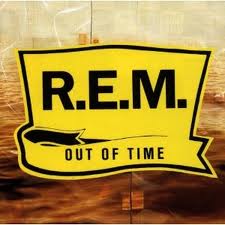 3. Murmur (1983) - The first album and one that created their reputation for introverted tunes and difficult to decipher lyrics. The vocals are indeed quite low in the mix but this is still a fine album with many of the bands best songs. "Radio Free Europe" is a jaunty opener and the bands debut release. "Perfect Circle" was not a single but remains one of the bands very best songs and one of my favourites. 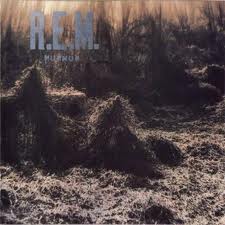 4. Automatic For The People (1992) - There's something about the unrelenting greyness of the cover that has always depressed me and, unlike "Out Of Time", it's huge popularity has probably contributed to lowering my love for it. I think it's the band's biggest selling album, providing them with six singles that will be familiar to anyone with even a passing interest in the band. Some of those songs have suffered (to my ears) from being overplayed. I'm not sure I ever need to hear "Everybody Hurts" again. But, replaying the album in preparation for this top five I realised how good it is. "Drive", "Find The River", "Ignoreland" and "Man on the Moon" are all wonderful tunes whilst "Nightswimming" is a beautifully delicate song that only features Stipe's vocals and Mills' piano motif. 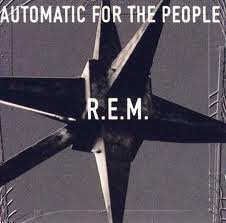 5. Reckoning (1984) - A surprise final entry but when I played it again I realised how many of my favourite R.E.M. songs are on this album. I never felt quite the same attachment to "Fables Of The Reconstruction" or "Lifes Rich Pageant" and though I like "Green" and "Monster" this album edges them all out. "Reckoning" was their second full length release and has a brighter/crisper sound than "Murmur". The singles "So. Central Rain" and "(Don't go back to) Rockville" are both great songs and "Pretty Persuasion" is a more upbeat rocking number that may well feature highly in next weeks Top Five Singles by R.E.M. 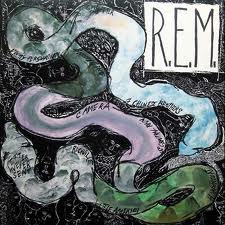