OK, I accept that even by my standards this is a little weird. Back in the days when I was growing up and living with Mum & Dad we'd have big family get-togethers which would pretty much be the only time we all ate together sat round the big table. Mum & Dad had some placemats that dated back, I think, to their wedding and had pictures of old bridges on them. I spent a lot of time looking at the pictures. Big family meals involved a lot of "grown up" talk I often wasn't interested in or didn't have much to contribute to so I'd amuse myself looking at the bridge on my placemat and imagine what life might be like living in the picture.

Obviously I had my favourites. Actually, I had one favourite. Dachet Bridge. I really liked the look of the old higgledy piggledy bridge and what was going on in the picture. I always wanted to visit it in real life and see what it looked like. Dachet isn't far but for whatever reason I only got there late last year and had a huge shock. The bridge was demolished in 1848 and never replaced. Here's an exert from Wikipedia which explains why this happened.

The first Datchet Bridge was a wooden bridge commissioned by Queen Anne as the crossing was a convenient back-way to Windsor Castle. Responsibility for the upkeep and maintenance of the crossing later passed to the counties of Berkshire and Buckinghamshire over whose boundary the bridge spanned. There followed many decades of dispute between the counties over who should pay for what. This culminated in 1836 with each county deciding to build their own half, in different materials and not touching in the middle. The resulting "crazy erection", Buckinghamshire's side in wood and Berkshire's in iron, known as The Divided Bridge, was demolished in 1848 and is the only case on the Thames where an established bridge crossing site has completely disappeared.

So, I was down at Dad's the other day and he still has those placemats. They're looking a little faded and shabby now (and my photo skills haven't helped) but I couldn't resist taking a set of pictures. They are all of bridges or places (we've got Eton College & Windsor Castle too) that are near to where I grew up but provide a glimpse of a time long forgotten. Now I'll never get to see Dachet Bridge I felt I wanted to somehow commemorate my love of a bridge I'll never cross. 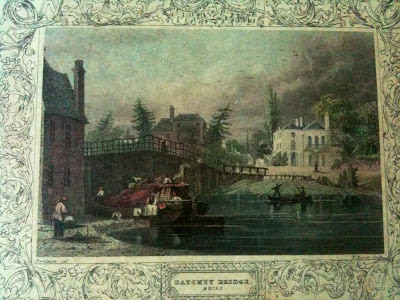 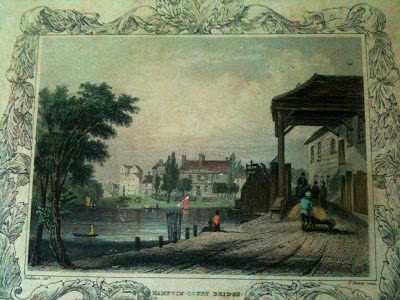 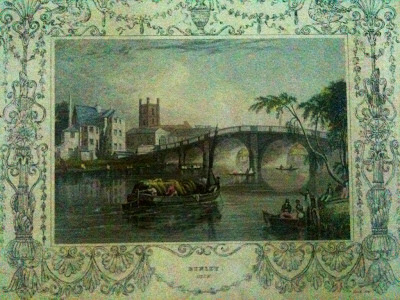 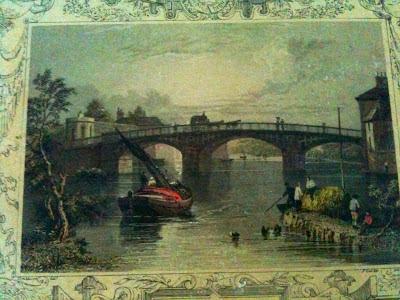 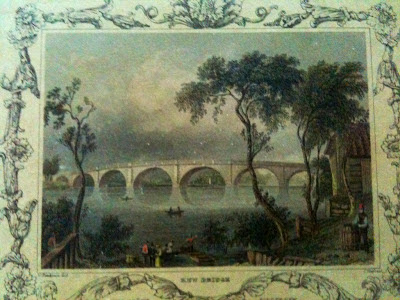 Best top 5 so far! I grew up with similar dining table experiences with the difference being that our place mats had owls on them. My sister and I spent many meals discussing which one was the best but always came up with the same answer. So here goes:

That's your top five but I have to include the poor old 6th mat who always went in the middle of the table and had the hot things on. Poor old Long eared owl.

That's brilliant Alice, thanks for sharing. I reckon there might have been a 6th bridge that has somehow gone missing (though we had two of each so maybe it was a pack of ten).

We also had Eton College & Windsor Castle and they were the mats dedicated to the dishes in the middle of the table (though only when we had guests round).

This is making me want to plan a tour of notable bridges.. Uh oh