Welcome back, Happy New Year to those of you I haven't already caught up with and I hope you all had a lovely Christmas. I was going to have a week or two off ahead of my usual round up of 2011 favourites but @rileyshow6music ran a poll on the best sessions from Marc Riley's 6music show and I thought I'd share my choices here.

Since buying a digital radio for our kitchen I've listened to BBC 6music a lot and Marc Riley's evening show is one I catch as often as I can. If nothing else it has helped improve my cooking and ensured I get the washing up done. Much like John Peel one of Riley's strengths are the number of live sessions he gets in. I've discovered so many bands through his show.

It's a top six because it's from 6Music obviously!

1. Laura J Martin (8th March) - Laura was one of the discoveries of the year for me. She plays flute in a style very reminiscent of Ian Anderson (of Jethro Tull) and has produced some of the best songs I've heard all year. Spy was probably both the first and the best. Her debut album is due on the 23rd of January. Buy it as soon as you can. Laura played "Spy", "Tease Me" and "Tom". 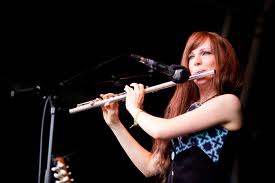 2. Dutch Uncles (10th November) - Quirky prog-sounding combo from Marple near Manchester took a while to win me over but, as with many of Marc's favourites, regular listening eventually had the desired effect. This was Marc's final show at BBC Manchester and the band played "OCDUC", "Orval", "Fester", "Doppelganger" and "Dressage" 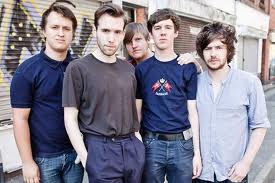 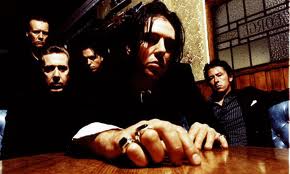 4. Martin Creed (1st March) - This was a little out of the blue. A Turner Prize winning artist who also has a band. I happened to be at home, got to listen to the session via the iPlayer, and found him to be engaging and straight-forward. An interestingly basic sonic sound-scape for a boundary pushing Artist. Martin played "Thinking/Not Thinking", "A - Z", "I Can't Stop Thinking About You" and "Pass Them On". 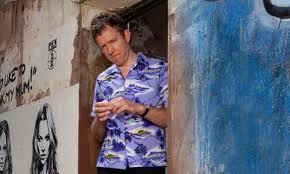 5. Trembling Bells (6th June) - Folky combo who have developed a bit of a seventies classic rock style in 2011. They played "Colour Of Night", "Ain't Nothing Wrong With A Little Longing" and "Goathland" 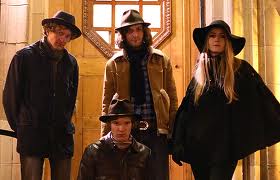 6. Y Niwl (17th January) - Welsh instrumental surf band who backed Gruff Rhys on his solo tour this year. One of the earliest sessions of the year and they won me over with their attitude and garage influenced tune-age. Their songs title are all numbered in Welsh; "Undegsaith" (Seventeen), "Undegpedwar" (Fourteen), "Undegchwech" (Sixteen), "Undegnaw" (Nineteen), "Un" (One) and "Chwech" (Six).